Mesquite firewood has unique attributes that make it a decent option for any wood burning area.

If you’re looking for a new kind of firewood to burn in your wood stove or fireplace, you may have wondered whether the grill master's favorite wood species, mesquite, is any good.

Here are some of the common attributes of mesquite that you may want to consider on your hunt for the right firewood species.

Mesquite is a name for a number of species in the Prosopis genus.

Native to the United States and Mexico, this southern tree blooms from spring until summer, producing large fruits, or “pods.”

Some mesquite trees are known to be able to grow up to 50 feet tall, depending on the conditions.

Others can survive in extremely poor conditions of low light and drought.

The trees have a rounded canopy that is almost as wide as it is tall. 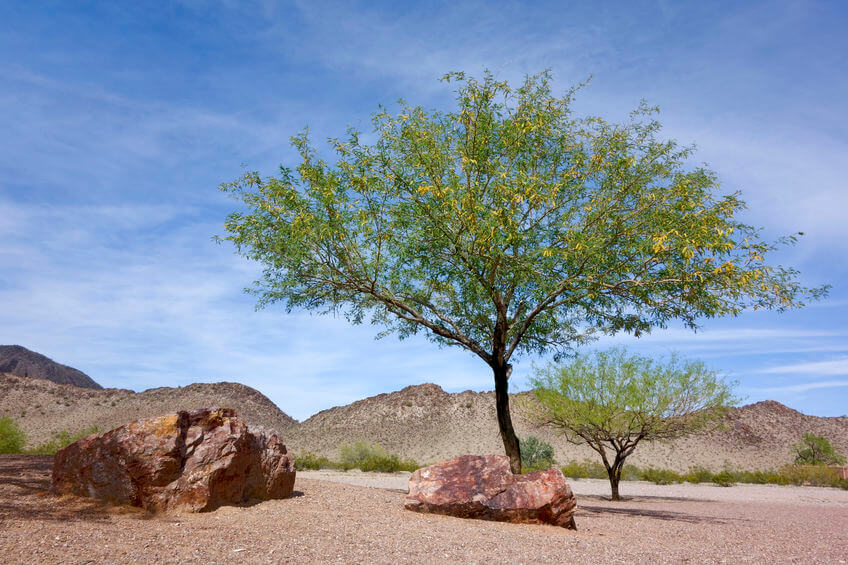 It can have one or multiple trunks with many branches. Some kinds of mesquite also form thorns.

It’s a hardy tree that often grows back even when cut completely to the ground.

To obtain water, the tree produces a long taproot which can grow down over 100 feet.

They also grow a shallow root system that can reach out over great distances in search of water.

Due to its vigorous ability to survive, many ranchers consider the tree a pest and are concerned about its ability to compete with native grasses for water.

This tree is often used for lumber, first used as the Spaniards to build ships. It is sometimes still used today in cabinetry and furniture making.

However, it is most prized as a species of wood for smoking and grilling.

You can also use it as firewood.

Is Mesquite A Good Firewood?

Mesquite is a popular firewood that works well for cooking and smoking, since it produces a lot of heat and a deep flavor.

Commonly used in restaurants, it is also a great firewood choice for the home.

This dense hardwood burns clean and creates minimal sparks, making it a popular choice for heating your home, campfires and cooking. 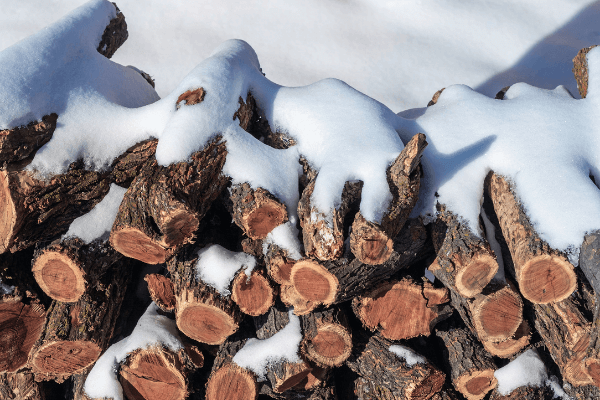 It has a unique, attractive smell that is strong and tangy.

In fact, just hearing the name probably reminds you of one of the most famous uses for mesquite - mesquite barbeque!

While it burns long and slow, producing a nice, steady heat, most people consider mesquite firewood to be too smokey for use in an indoor setting like a fireplace.

It is fine for use in outdoor campfires or wood stoves, however, as long as you don’t mind a bit of smoke!

Because the tree only grows in certain regions, not everyone has the opportunity to heat with mesquite firewood.

For those who are lucky enough to obtain the wood.....I'm jealous!

Cutting up a mesquite tree for firewood will take a little more time and effort than the average oak or maple tree.

The mesquite is a fairly small tree with several gnarly branches that require a lot of limbing and small cuts.

The twisted and irregular branches can be cumbersome to work with and the wood is very hard which can prematurely dull your chainsaw blade.

Overall, I would say the extra effort needed to harvest mesquite is worth it.

In most cases, it takes about six months to properly season mesquite firewood.

It is not an overly “wet” wood and won’t stay green for too long.

You do need to be careful about storing your mesquite firewood undercover but allowing air to get to it.

Otherwise, you may have issues with mold or rot. 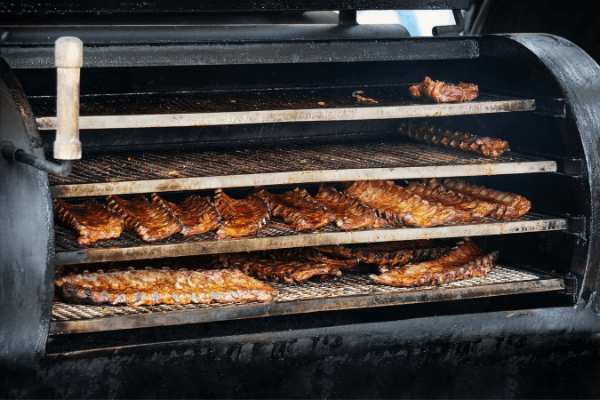 Some people wonder whether it’s necessary to season their mesquite firewood if they only plan on smoking food with it - not using it for heat.

It’s recommended that you do season mesquite firewood if you’re using it for this purpose, and that’s because of issues related to the flavor.

When the fire removes moisture as it burns the wood, it can create undesirable flavors if the wood has not been allowed to dry long enough.

Mesquite is probably best known for it's cooking and smoking qualities.

The wood fills your food with a sweet smoky flavor that's hard to resist. 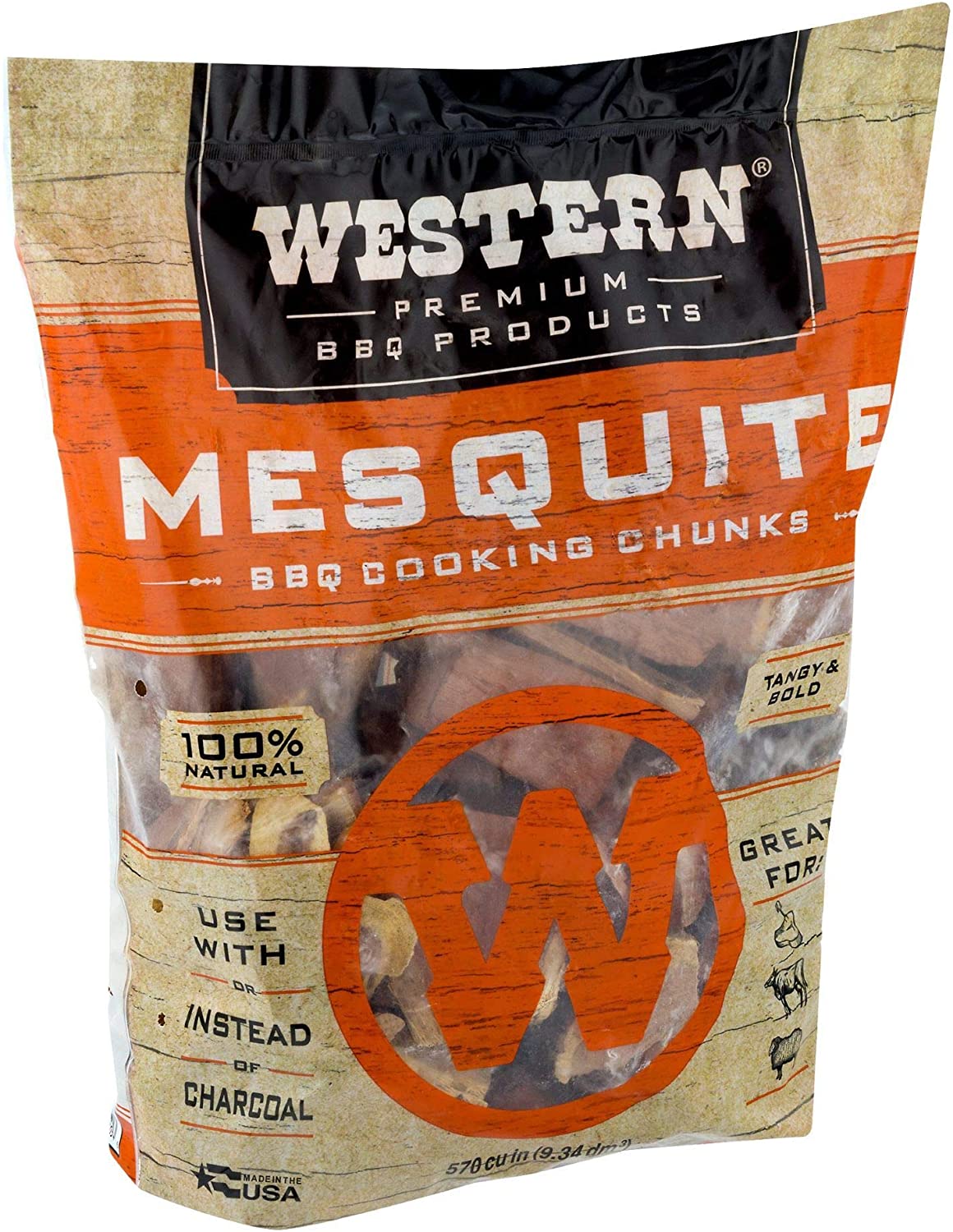 The flavor is so popular many markets and online stores carry mesquite chips or grilling planks for cooking and smoking.

If you want another option, liquid flavoring can also be purchased to mimic the taste of actual mesquite.

For most users, purchasing small bags of mesquite is the easiest way to enjoy the flavors and create a grilling masterpiece.

What kind of food can you cook, smoke or grill with mesquite?

Steak, hamburgers, fish and pork all taste great with mesquite.

Just remember, mesquite can add a heavy flavor, so for a smaller portion or a lighter meal, use a small amount.

Depending on who you ask, some will describe the mesquite tree as a gem while others will call it an invasive weed.

No matter what, the burning and cooking qualities of mesquite are hard to beat......it even makes a catchy little rhyme!