Many people choose to burn maple because it is readily available and it provides good heat.

Although there are many different species of maple, the sugar maple (sometimes referred to as hard maple) may be one of the best known.

Known primarily for its sugar production, the sugar maple grows throughout the northeastern United States and southeastern Canada.

The sugar maple has the highest sap sugar content of any of the native maple species and is commonly used to produce maple syrup. 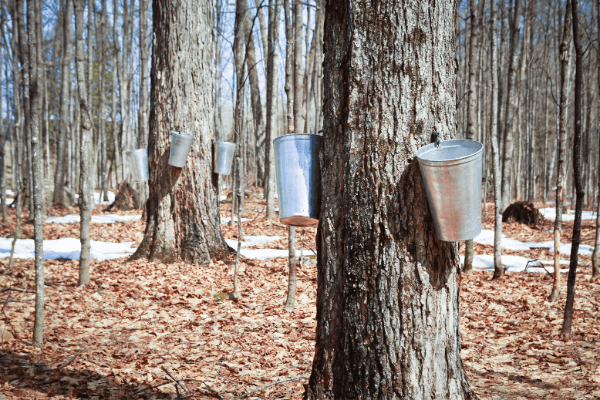 The trees are tapped in the early spring and the sap is processed by cooking it to remove the excess moisture leaving behind maple syrup.

The sugar maple is a large tree.

It can live for 200 years and stand 100 feet tall. Large, mature trees are often cut and used to produce lumber.

Is Maple Good For Firewood?

When you’re considering the many types of firewood you can burn, maple firewood is one of the best types for firewood.

If you’ve ever burned ash, you’ll be happy to hear that maple burns in a  similar fashion.

It burns long, slow, and steady, and since it can be found just about everywhere in the continental United States, it’s a smart choice for fireplaces and wood stoves.

If you’re cutting and splitting your own firewood, you can easily identify a maple tree by its beautiful fall colors.

There are several kinds of maple trees, which I’ll touch upon more below, but you can usually tell it’s a maple tree by looking at the leaves.

Maple tree leaves look like hands, with each leaf having either three or five fingers. 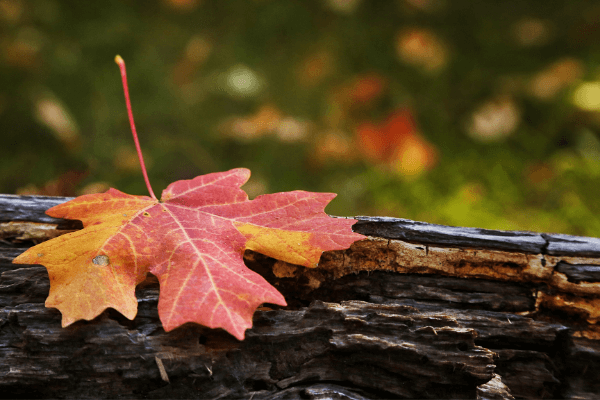 As deciduous trees, all maples lose their leaves in the winter.

They can grow anywhere from 20 to 75 feet tall, depending on whether they are growing ornamentally or in the wild, with mature trees having rough brown bark with ridges and furrows (though younger trees will have gray-colored bark that is smoother).

The silver maple (sometimes referred to as soft maple) is the fastest growing maple species.

The tree is found throughout the eastern United States and is commonly used as an ornamental tree due to its fast growth rate.

The silver maple grows in a variety of soil conditions and has tolerance to a broad range of climates.

Although it is possible, the silver maple produces a lesser quality of sugar sap resulting in poor maple syrup.

The wood tends to be very brittle and can often break during high winds or severe storms. 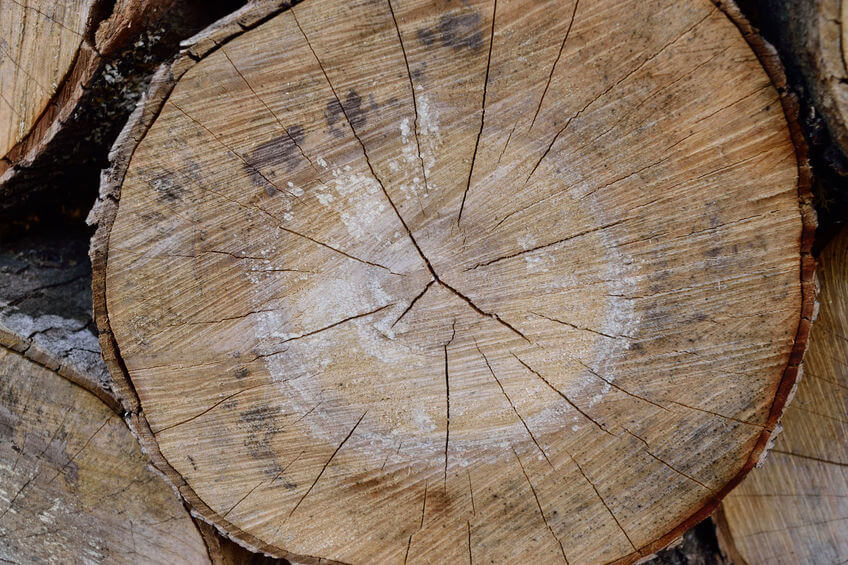 However, if you do decide to use this species for firewood, don’t let it season too long, as it can lead to rot.

Other Types Of Maple Trees

Other common types of maple trees found in North America are:

Red maple is a popular choice in both forest landscapes and urban landscaping.

It grows to around 50 feet tall with leaves that turn deep red.

The boxelder is perhaps the most common maple species in the Midwest.

It grows up to 80 feet tall and gets there quickly, with one of the fastest growth rates out of all the maple trees around.

It has leaves that turn yellow in the fall.

Found on the Pacific coast, this is the largest kind of all maple trees and can grow to 150 feet in height.

Its leaves are golden in the fall.

How Long Does It Take Maple Firewood To Season?

Exactly how long it will take your maple firewood to season will vary depending on where you live and your climate, the weather, how you are drying the firewood, and how it was split.

On average, it will take about one season for the firewood to dry out and be ready to burn (six months, for most people). 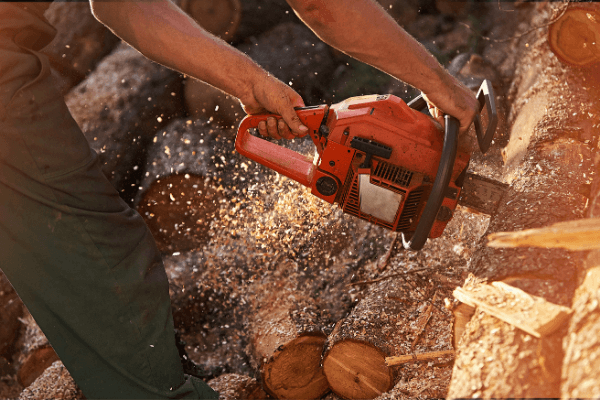 Consider cutting and stacking your firewood in the early spring, and it should be ready to burn by October or November.

The longer you allow it to season, though, the better, as it will burn longer and with fewer sparks and less creosote.

Overall maple is one of my favorite firewood choices.

The trees are very common on my property and the majority of the wood I burn every year is maple.

They are beautiful in the fall as their leaves turn fiery red or blaze orange and its heating capabilities have never let me down in the winter.

Although it has a lower density than other hardwoods, like oak, it is very easy to burn, burning cleanly and splitting well.

Recently, a visitor to our website shared their experience with burning sugar maple firewood in New Brunswick:

"I'm fortunate enough to live on a large Woodlore abundant with firewood.

My favorite hardwood hands down is sugar maple.

Not only the long-lasting heat but the smell of the wood itself.

I find it has a sweet smell similar to cherry or apple.

As a kid I would work in the woods cutting firewood with my dad and my uncle, and it brings back those memories.

There is nothing, nothing on this earth that can compare, no amount of fortune or fame that can equal heating your home with wood that you cut with your own hands.

The best thing to remember though is to have a mix of hardwood and softwood.

For softwood I prefer spruce or jack pine (though I loathe to cut a jack pine because they have a certain air of majesty to them).

I avoid white pine unless the tree is dead anyway, because of the pitch content.

For this reason, I also avoid fir as much as I can.

Remember wood is completely safe to burn, can give you a huge sense of accomplishment and, depending on your region can be the most cost-effective way to heat."

The wood is difficult to split but produces a hot fire. The wood is a great choice for anyone looking to use it in a fireplace or wood furnace.

The cost of maple firewood varies, but in general, it’s not less or more than other kinds of hardwood firewood.

You’ll usually pay around $120 to $200 per cord but that can vary based on the time of year and where you live.

Of course, cutting and seasoning your own maple firewood yourself is the best option.

You’ll save money and know exactly the quality of the wood you are getting!

All in all, maple firewood is not an expensive firewood and since it can be found practically anywhere and burns exceptionally well, it’s a smart choice for any wood stove.