The King wood stove, produced by Martin Industries out of Florence Alabama, was a popular stove in the mid to late 1970's as many Americans were trying to offset high energy prices by heating their home with firewood.

Although a search on the internet will not turn up a lot of information about King stoves, they were in fact a great stove for many homeowners and many of these older stoves are still in use today.

The company is basically known for two different stove models.

The King Circulator wood stove which is the version that was popular in the 1970's and the cast iron King model 624, 628 and 632 which were produced before the Circulator.

To learn more, let's look closer at each of these popular models to see if it's worth setting up one of these older stoves in your home, barn or garage.

The King Circulator Wood Stove was available in several different models such as the 7801, 8802 and the 9901 with each of these models having sub-models with slight changes.

The old King wood stove of the past has a very close resemblance to the modern day Ashley WoodChief Circulator which is an EPA certified stove that's still in production today.

The King is capable of burning both firewood or coal by making just a few minor changes to the inside of the firebox.

Surprisingly, coal is starting to make a comeback and it's becoming increasingly more popular. 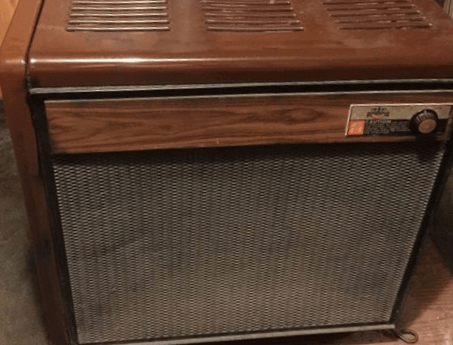 Coal compared to firewood can give a longer, more consistent heat without the need for frequent reloading like you would experience with firewood.

However, even though coal is inexpensive, most of us cut our own firewood to save money which is why many people choose to heat with firewood as opposed to coal.

The King Circulator is a side loading stove with a deep firebox and an ash box that is accessible by a door that sits just below the firebox.

The outer shell offered a level of protection for young children to prevent serious burns.

The front of the stove has a knob with a "high" and "low" setting.

While commonly mistaken for a blower knob, it's actually the thermostat.

Typically, you can set the thermostat to about 3/4 of the way open and you can just leave it on that setting. 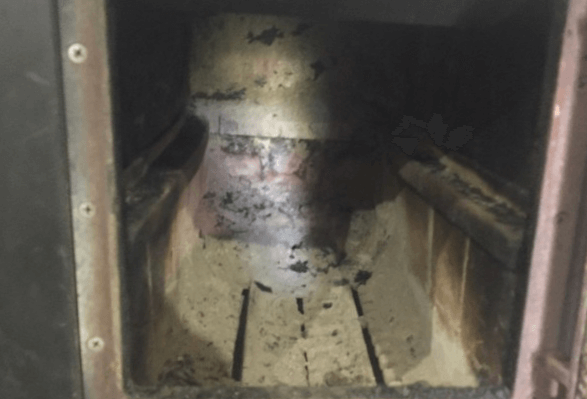 To add air to the firebox when lighting or stoking a new fire, just crack the ash box a little and the fire should take right off.

It's easier to use the ash box to let air in as opposed to cracking the main firebox door.

Although the King Circulator burned through a lot of wood, the stove puts out some serious heat.

Plus, a lot of people are still using these stoves today and refuse to burn firewood in anything else based on over 30 years of satisfactory use.

Since they're older than the King Circulator you won't find very many still being used today.

Although you can still find a few used ones online, they're typically going to need a lot of work to get them into usable condition.

Plus, since these are constructed from cast iron, any cracks or rusted out patches will be difficult to fix because it's hard to weld cast iron. 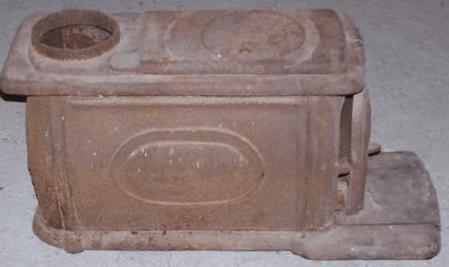 Identifying the make and model of a King Wood Stove is pretty easy.

A large crown with the words "King" is stamped into the front door along with the model number.

The Model #624 was the smallest of the three stoves.

The firebox can holds logs up to 26" long.

The Model #632 was the largest of the three stoves.

The firebox can hold logs up to 30" long.

The King Circulator wood stove was, and still is a great stove.

It has heated many homes for over 30 years and many of these older stoves don't show any signs of slowing down.

As an older stove they will definitely burn more firewood than a modern wood stove but the Circulator will effectively heat a medium sized home, pole barn or garage.

If you want a project you could try to salvage one of the older stoves, but I would recommend staying away from them.

There's a lot of newer options on the market that won't require the labor of cleaning, welding, re-sealing and painting one of these vintage stoves.