Stihl Chainsaw Will Not Start

Have you ever found yourself standing in the woods, or next to pile of firewood and your Stihl chainsaw will not start?

If so, you know this is very frustrating....and time consuming.

In this post, we'll review why your chainsaw - and more specifically, your Stihl chainsaw - will not run or refuses to start.

Let's take a closer look - so you can get back to work ASAP!

Here's Why Your Stihl Chainsaw Will Not Start

Below, we will take a look at some of the major factors that might cause your Stihl chainsaw to not want to start.

When trying to diagnose an issue with a saw, it's best to start with simple problems and check that the on/off switch or lever is in the right position.

Ensure the throttle trigger lockout is also depressed so you can move the switch all the way into the start position. 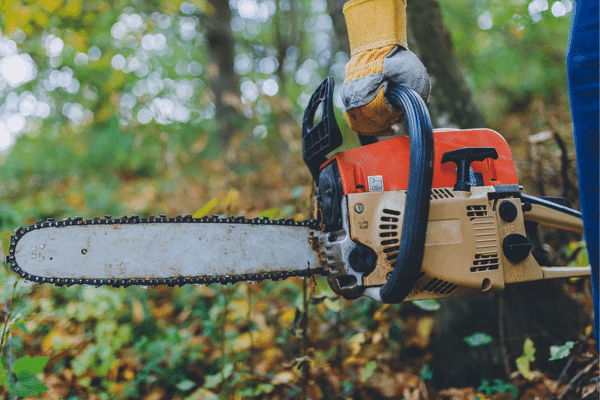 This will activate the choke, reducing air flow to the carburetor and increasing fuel - a necessary step for starting a cold engine.

Once it's running, depress the throttle lever lockout and just slightly press on the throttle trigger so it returns to idle or slow speed.

Failing to move the switch from start position could result in a flooded engine, so it's important to take this step upon startup.

It might also be caused by issues such as a bad on/off switch or a loose or faulty ground wire.

Fortunately, you can diagnose the problem with a multimeter to determine the cause of the failure.

If the problem is with your switch, replacing it should do the trick.

However, if it’s the ground causing an issue, examining the ground wire for any signs of wear and tear may be in order to ensure its effectiveness.

If all else fails, be sure to replace the ground wire for optimal performance.

Stihl Chainsaw Will Not Start Due To Bad/Old Fuel

Using bad or old fuel in your chainsaw engine can cause a lot of damage and headaches.

High grade gasoline with a low amount of ethanol is recommended to avoid carbon build up in the carburetor. 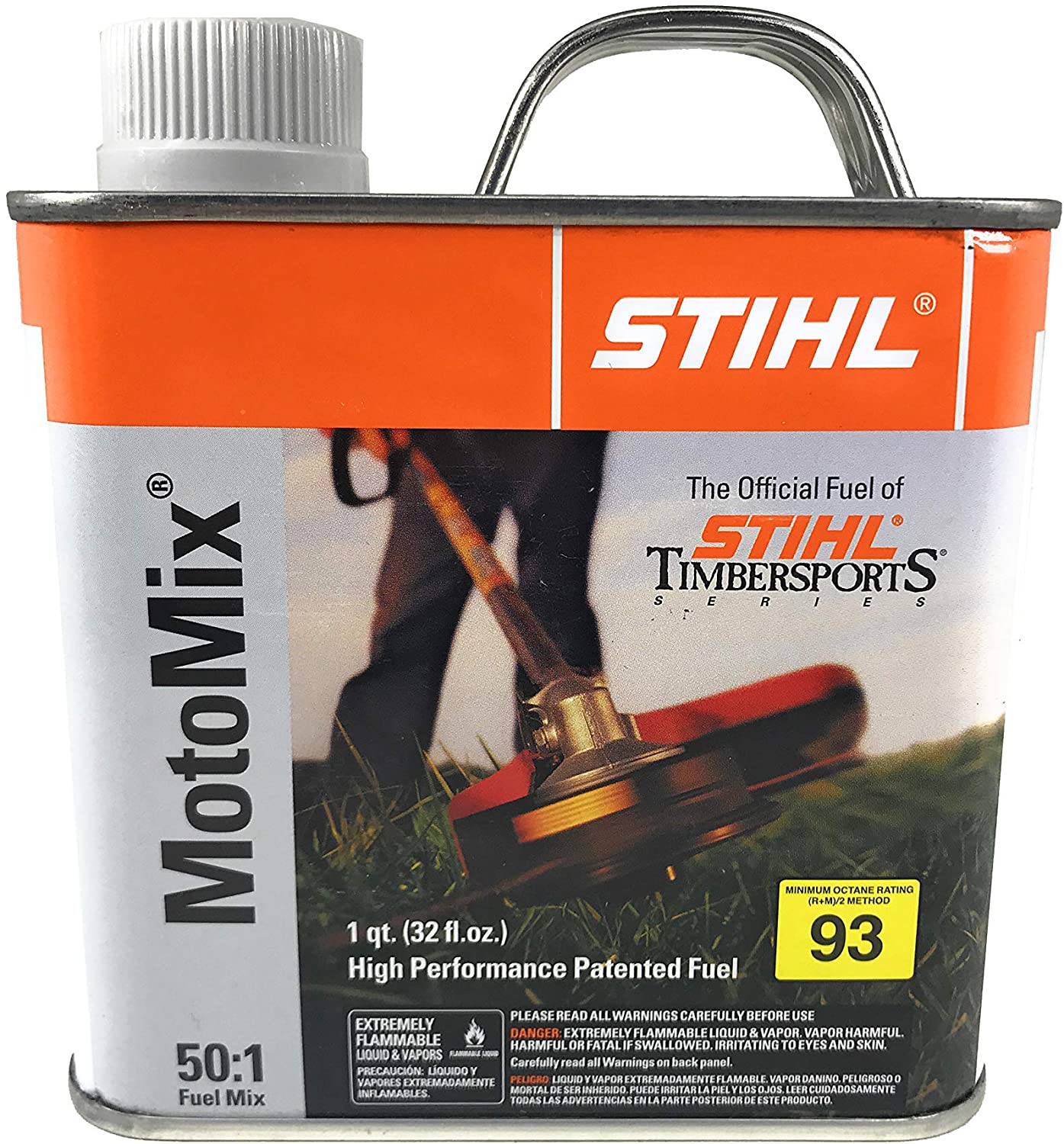 All fuel mixes should be used within 30 days as the ethanol can begin to gel and restrict fuel lines.

Stihl recommends adding a stabilizer mix to the gas if it is going to sit longer than 30 days, as this will prevent a breakdown of the gas over time.

Mixing correct ratios is also important, and Stihl suggests 50 parts gasoline to one part oil for their two-cycle engines.

Remember that using bad or old fuel can do more harm than good for your chainsaw engine!

A clogged air filter is a possible cause for trouble starting your saw.

Small engines require the proper mix of air and fuel, so any blockage in the airflow can negatively affect performance.

If you believe this is what's slowing down your saw, you may be able to manually clean the filter with a softly tapping motion inside-out against a solid surface.

Regardless, don't ever use a brush on an air filter, even one made from fleece.

For heavily contaminated filters, blowing them out from the inside out with compressed air or washing with mild detergent and rinsing thoroughly with water will usually do the trick.

Incorrect Mix Of Oil And Gas

If you find your Stihl saw won't start, it is important to check the mixture ratio of gas and oil.

Stihl recommends a 50:1 mix ratio; any less and you will be running the engine “dry”, which can lead to rapid overheating and even seizure of the engine's components.

On the other hand, too much oil, or an overly-rich mixture, will not harm the engine nearly as much but can still keep it from starting due to lack of enough gas in the mix.

If it does start, there tends to be excessive smoke due to a rich mix.

In either scenario, replacing the saw might end up being cheaper than repair costs.

Stihl Chainsaw Will Not Start Because Of A Bad Spark Plug

If you find that your small engine won't start, then one common cause may be a bad spark plug.

To confirm this, you'll need to remove the spark plug and inspect it for any signs of burning or carbon buildup between the electrodes. 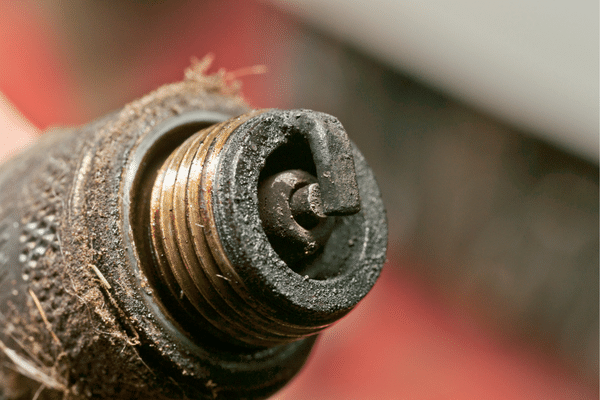 You might be able to fix minor carbon build-up by cleaning with a stiff brush, but if there are signs of burning, then the best solution is to replace the spark plug entirely.

Remember that as a wearing item, spark plugs should be replaced on an annual basis for casual use and potentially even once a month under heavy professional usage.

The spark arrestor is a key part of your chainsaw functioning correctly and safely.

It is important to keep it well-maintained.

The arrestor helps to prevent hot sparks from leaving the muffler, which can be a serious fire hazard.

Over time, debris can become trapped in the fine mesh causing decreased airflow and preventing the saw from starting.

When this happens, you'll need to remove it and scrub away any buildup with a metal brush.

If there are holes or other damage present, it is best practice to replace it entirely.

This crucial part provides the needed spark to start the saw engine; however, when the windings in a coil are damaged, they can separate and short out causing a complete disruption.

Thankfully, testing for such an issue is simple; all that is required is an ohmmeter.

By testing the continuity of the coil, you will be able to ascertain whether it needs replacing or not, thereby getting your saw back up and running again.

When your saw won't start, it can often be attributed to a worn or cracked primer bulb. 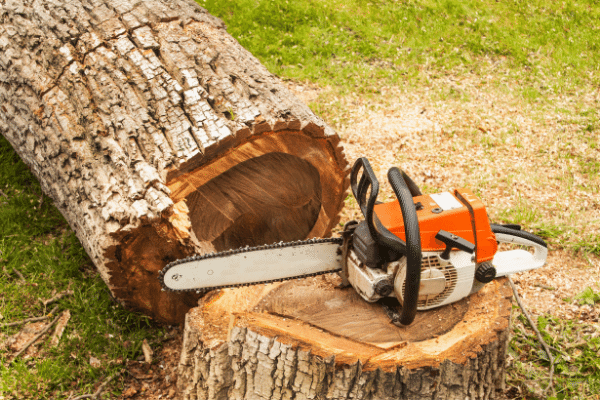 If the bulb is showing signs of damage, then it won't be allowing enough fuel into the carburetor and will thus fail to start.

A damaged fuel line can also cause similar issues, often resulting in a lack of pressure and combustion inside the engine.

To avoid disruption and delay, it’s absolutely vital that you inspect all fuel-related components, including lines and primer bulbs for signs of cracks and other wear.

Make sure to replace any parts with visible defects accordingly.

A common cause of a Stihl saw not starting is a carburetor clogged with debris or the gum-like substance formed by gasoline with ethanol.

If you are mechanically inclined, the carburetor can be removed and cleaned with carburetor cleaner to restore proper operation.

However, if this does not sound like something you are comfortable doing, most repair shops will do it for you.

To prevent such problems in the future, try adding a product specifically designed to remove ethanol gel as well as other debris from engine parts.

Sea-Foam is one such option that can help keep your Stihl running smoothly and might prevent a carburetor problem in the long run.

Many people don't realize that the springs and pulleys in the recoil starters will eventually wear out or break over time, preventing them from being able to pull the starter cord.

That's why it's important to regularly check your recoil starter and replace any worn or broken parts before they become a bigger problem.

Just replacing worn or broken items in the recoil starter can improve performance and save you from needing to purchase replacements in the future.

Stihl Chainsaw Will Not Start Due To A Flooded Engine

Flooding a saw engine happens when the starter rope is tugged too many times with choke in the closed position and too much gas rushes into the carburetor. 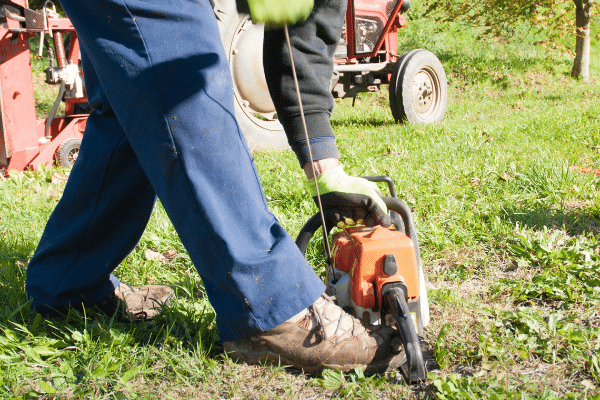 To save time and effort, take the spark plug out of the Stihl and pay particular attention to cleaning off unburned fuel deposits.

Afterward, pull on the starter rope 6-8 times to dry up any residual gas inside the cylinder.

Replace the spark plug and set the switch in starting throttle position, then you should be ready to go!

Stihl Chainsaw Will Not Start - What's The Trick?

Starting a Stihl, like any chainsaw can be daunting.

But fear not, as there is a simple “trick” to help you get your engine running.

The key is to choke the chainsaw before you start it.

To do this, begin by making sure your saw is placed on a flat surface.

Then, push the primer bulb a few times until gas gets into the carburetor.

Finally, switch the choke to the regular position and slowly pull out the starter cord until you feel resistance.

Once in place, give it a good pull - It should fire up!

As soon as your engine is running, make sure you switch the choke to half-choke mode and let it warm up for about one minute before starting your sawing tasks for the day.

Dealing with a Stihl chainsaw that doesn't want to start - or stay running - can be incredibly frustrating.

However, now that you know some of the most common reasons why (as well as how to address these issues), you're well on your way to a much more enjoyable cutting experience.