How To Start A Flooded Chainsaw

If you need to learn how to start a flooded chainsaw, don't worry, you're not alone.

In fact, many of us who use weed whips, dirt bikes, older vehicles, or any piece of equipment that contains a carburetor have experienced a flooded engine.

Unfortunately, flooding an engine is pretty easy to do.

However, the good news is that it's also really easy to fix! 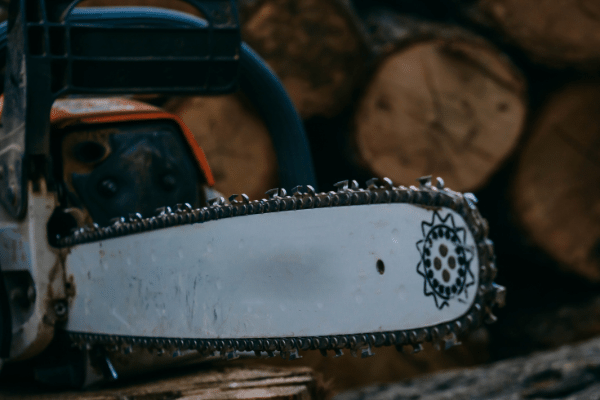 For starters (see the pun there?) let's look at how the engine became flooded to begin with, and then I'll show you a couple of really easy ways to get your chainsaw up and running again.

What Causes A Chainsaw To Flood Out?

A flooded chainsaw is caused by too much fuel inside the engine which does not allow the fuel to ignite.

Think of it this way, combustion inside an engine needs fuel and air.

By having too much fuel, there's not enough room the for proper air mixture when the spark plug tries to ignite the gas.

Since the spark plug can't ignite the gas without air, you're left pulling the starter cord on your chainsaw over and over without it ever starting.

Another indication of a flooded chainsaw is the strong odor of gasoline coming from the saw. 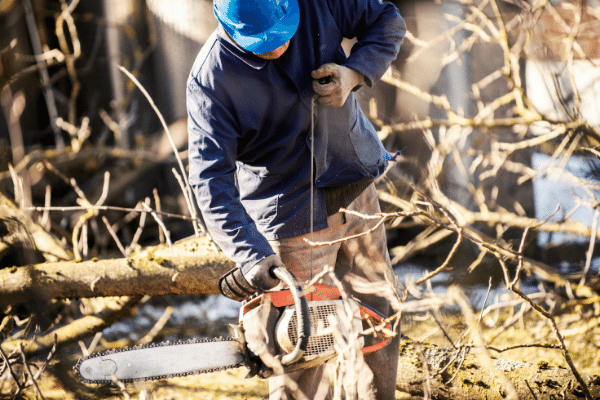 How did you chainsaw get flooded in the first place?

Chances are you flooded the saw by over choking it.

Some chainsaws, like my Husqvarna 345 for example, automatically switches to the run position when I pull out the choke lever.

This is a nice feature that helps eliminate some user error, but not every chainsaw or small engine is equipped this way.

Also, if you have been using your chainsaw for a while and then shut it off, you don't need to choke it in order for it to start back up since the engine is still warm.

This will cause it to flood.

How To Unflood A Chainsaw So It Will Start

If you have a flooded chainsaw, you have a few options that work really well, and will get your saw running again without too much effort.

Here are the 3 of the easiest ways to start a chainsaw that has been flooded:

The first option is the easiest since it doesn't require any effort on your part, it just takes time.

Many people wonder if a flooded chainsaw will fix itself?

The answer is yes, but not always.

By letting the chainsaw sit for about 20 minutes it will allow some of the fuel inside the engine to evaporate. 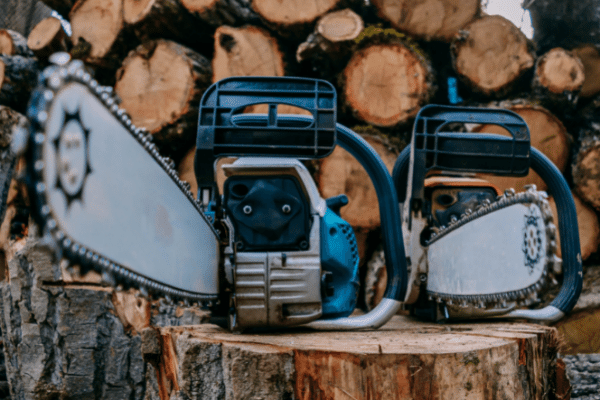 This method can have mixed results since the outside air temperature can play a role in how quickly the fuel evaporates.

Sometimes on a severely flooded engine, you can let it sit for multiple days and it still won't start, so although this method is the easiest, it doesn't always work.

Just remember when attempting to start the engine after it has sat for 20 minutes, make sure your choke is NOT on.

You'll want to pull the starter rope with the choke off several times which should cause the chainsaw to start.

Starting A Flooded Engine With No Tools

The second option is my favorite way to start a flooded chainsaw and I believe it's the easiest and most effective way.

The first step is to engage the chain brake and place the saw on the ground.

With the choke in the off position (no choke) kneel down and place one knee over the powerhead of the saw.

This keeps the saw firmly on the ground while keeping both hands free. 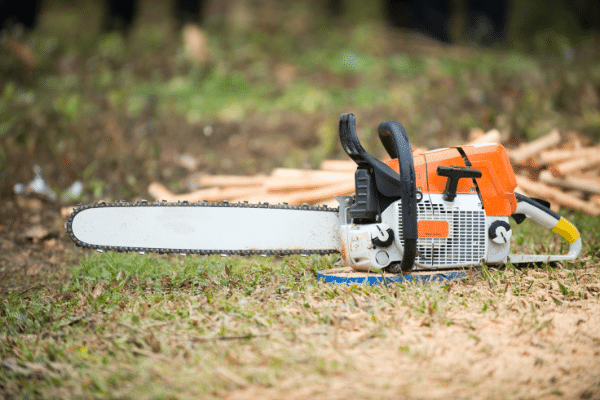 Using one hand, fully depress the throttle lever while pulling the starter rope 15-20 times with your other free hand.

I typically like to take my right knee and place it on the saw, while using my left hand to hold down the throttle and my right hand to pull the starter rope.

Although it is somewhat exhausting, by the time you pull the starter rope about 15-20 times your saw will start.

This method creates a lean mixture of fuel by having full throttle with no choke.

It's also a popular way to start older vehicles where you'll need to press the gas peddle all the way to the floor and crank the engine several times until it starts.

Starting A Flooded Engine By Removing The Spark Plug

The last way to started a flooded chainsaw involves removing the spark plug.

Start by making sure your chainsaw is in the off position.

Do not reinstall the rubber boot to the spark plug as the plug could ignite the gas inside the saw.

Place the spark plug away from the saw and turn the saw upside down. 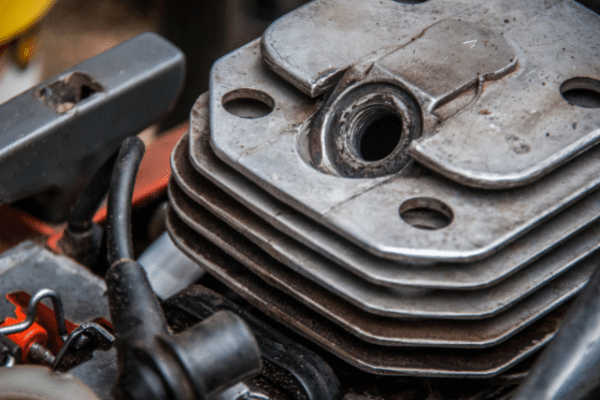 While holding the saw upside down, take your free hand and slowly pull the starter rope on the chainsaw.

As you pull the starter rope, the chainsaw will push the gas out of the cylinder.

Do this about 4 or 5 times until all of the gas has been removed.

Next, take a dry cloth and wipe off any gas that's on the spark plug.

Since the engine was flooded, you should notice excess gas on the end of the spark plug that will need to be removed before it's reinstalled.

Finally, reinstall the spark plug and boot, place the choke in the off position with the saw on run and start your saw.

If you've accidentally flooded your chainsaw, you don't have to miss an entire day of cutting firewood.

Simply use one of the simple steps outline above and your chainsaw will be running again without much effort, and it only takes a few minutes of your time.