Firewood enthusiasts have long debated the pros and cons of firewood bark.

In many cases, it's similar to the old Chevy vs. Ford dispute, or in the world of firewood, Husqvarna vs Stihl.

With so many different conflicting opinions, we've created this article to take a deeper look into the bark on the outside of firewood, and finally decide what you should do with it.

Why Does A Tree Have Bark?

Think of the bark on a tree similar to the human skin.

It's the outermost layer of defense that helps protect the tree from the hot sun, drying winds, fungal infection, disease, and even insects that are looking for a place to live. 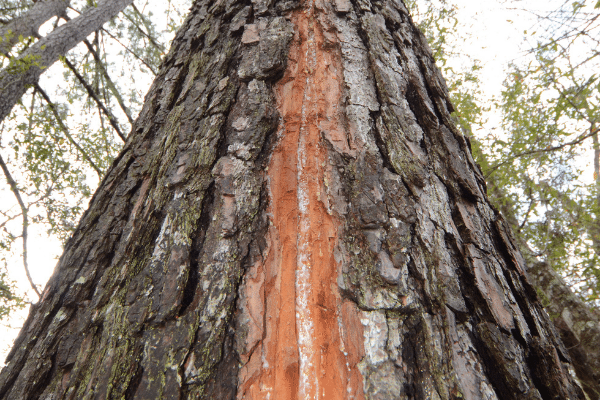 Just inside the outer bark lies the inner bark, or the phloem, which transports sugars made by the leaves during photosynthesis, and distributes them down to the tree.

As we move towards the center of the tree, the next layer we come across is called the cambium.

The cambium's job is to create more cells inside the tree.

After the cambium you reach the xylem, also called the sapwood.

The xylem is basically a whole bunch of tiny straws that carry water from the roots up to the rest of the tree, including the leaves.

So basically the phloem carries sugar down, the xylem carries moisture up, and the cambium is sandwiched in between the two layers.

The job of the outer bark is to protect this internal plumbing of the tree and allow it to survive.

Burning Firewood With Bark vs Debarking The Wood

There's nothing wrong with burning firewood bark and it's not going to cause any issues inside your fireplace or wood stove if you burn a piece of wood that still has the outer bark attached.

Creosote is a major concern for anyone who burns firewood, and the main contributor to the buildup of creosote is moisture. 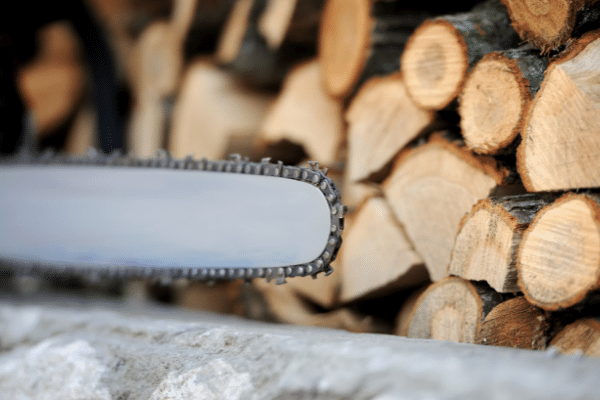 The bark on the outside of firewood does have the tendency to act like a sponge, soaking up and retaining recent moisture, but as long as you cover the top portion of your firewood stack, you won't have any issues.

In fact, the bark on seasoned firewood will usually fall off on its own as you move the wood from your firewood stack to your wood stove.

I have a firewood shed that holds about 2 years of firewood.

Since the shed is covered, I don't worry about the bark on the outside of the wood.

I burn a lot of red oak, some ash and a little bit of poplar mixed in.

After the wood has been allowed to season under the shed, I throw a days worth of firewood it into a sled and pull it up to my house.

After seasoning under the shed, the bark simply falls off the exterior of the wood when I toss it into the sled.

This help keep some of the mess out of my house and when the sled becomes full of bark, I just dump it in the woods. 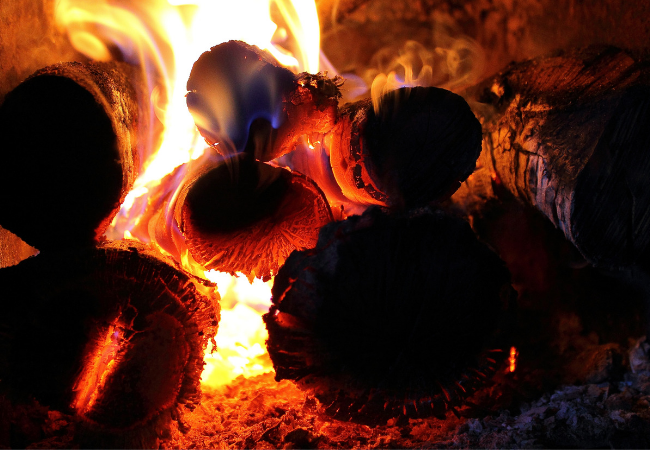 Sure, some of the bark still remains on the wood, but either way, the bark is dry so it just burns with the rest of the wood I add to the fire.

Removing the bark from green firewood before you split and stack the wood would be extremely labor intensive and time consuming.

If you have your firewood exposed to the rain and snow without being partially covered, the firewood bark will definitely soak up more water than the inner hardwood, but if you have it protected from the weather, burning the bark won't cause any issues.

Stacking Firewood Bark Up vs Bark Down

In fact, I stack the wood in any way that "fits" inside my firewood shed.

If you don't have access to a shed and will be stacking the wood in a firewood rack or similar structure, stack the wood with the bark facing up. 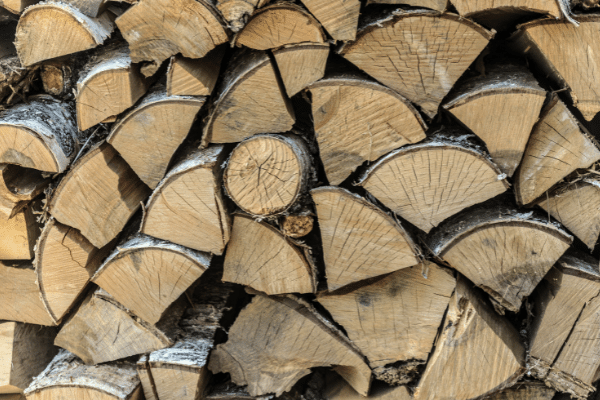 With the bark facing up, it allows the bark to naturally shed the rain and snow off the stack of firewood.

Plus, if you stack the wood with the bark facing down it creates a "U" shape that can allow water to pool up between the bark and inner wood.

It's really just the top couple of layers in your firewood stack that you need to be concerned about.

This is why it's important to elevate your firewood so the wind can flow around your entire stack, and cover the top portion with a tarp or other similar device to shed off rain and snow.

Does Firewood Dry Faster With The Bark Removed?

There's no doubt that firewood will dry faster if you remove all of the bark.

Removing the bark will increase the surface area, which will allow the moisture to evaporate more quickly.

However, removing the bark from a green piece of wood would take a lot of unnecessary effort. 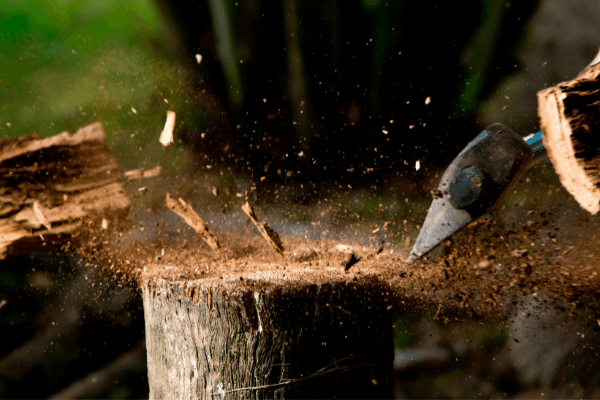 Instead, try splitting the wood into smaller pieces which will also increase the surface area and allow the wood to quickly dry out.

As long as the wood is elevated off the ground, partially covered, and stacked in an area that receives plenty of summer sun and wind, it will dry out in approximately 6-12 months.

Firewood bark is decent kindling if it's dry and falls off on its own.

If I'm hauling seasoned wood up to my house in my sled and a couple of chunks of bark fall off, I'll grab the bark and use it as kindling.

However, I've found that bark does not burn as well as actual kindling, so I'll typically mix the bark and kindling together for a hotter fire.

I burn the bark since it's available and I hate wasting anything, so it's more out of convenience than anything else. 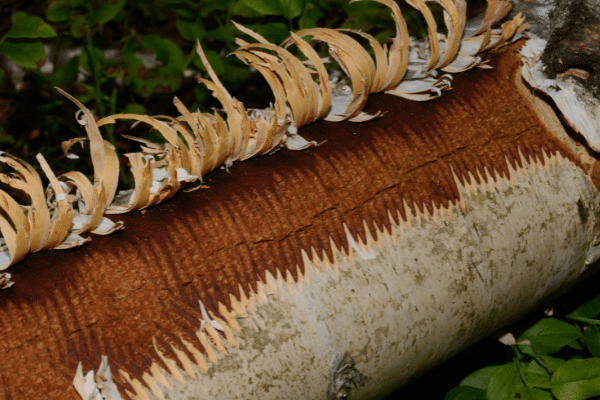 One exception would be using birch bark as a fire starter.

Birch bark (both white birch and yellow birch) is very flammable, lighting very easily and burning almost like a torch.

In fact, it's a great survival fire starter and it's resistant to rot which is why you'll typically see the outer bark shell of a white birch tree on the forest floor.

The inner heartwood and sapwood will be completely decomposed, leaving behind the flammable bark.

Overall, I wouldn't spend too much time or effort worrying about firewood bark and all of the theories behind it.

You're better off focusing on proper firewood storage, which will ensure your firewood is seasoned and ready to burn, regardless if it contains bark or not.