Douglas fir firewood is arguably one of the most popular softwoods to burn especially if you live in an area where these trees are abundant.

Let's face it, everyone would love to burn seasoned oak, madrone, maple or some other popular hardwood but these trees don't grow everywhere.

In fact, a lot of people who heat with wood live in a area where softwoods dominate the landscape.

Commonly mixed in with lodgepole and ponderosa or yellow pine, Douglas fir is usually considered the best firewood choice. 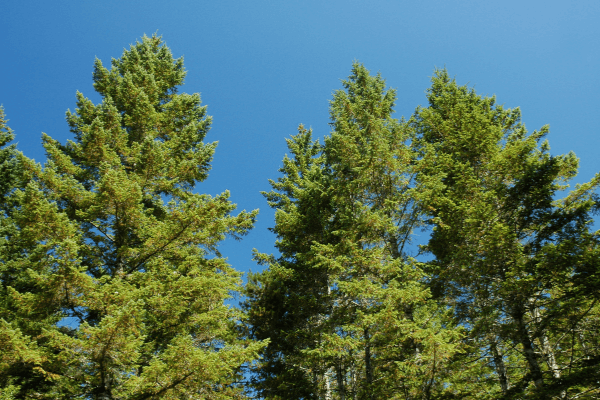 Although lodgepole and ponderosa are burned by a lot of people, in comparison Douglas fir would be superior or "the cream of the crop."

Here's everything you need to know about Douglas fir firewood.

What Is Douglas Fir?

Douglas fir is actually not a true fir and is in a genus of its own.

Often referred to as red fir, Douglas spruce or even Oregon pine, they're evergreen trees that keep their needles year round.

Fir is a softwood that can be found in most parts of the world.

They are often confused with pine, but you can tell the difference by looking at how the leaves (or needles) are arranged.

On a fir tree, the needles attach to the branches individually, while on a pine, they attach in clusters.

On a Douglas fir, the needles protrude from all directions like the needles on a bottle brush.

They are soft and have cones that dangle straight down rather than being positioned upright on a branch.

Douglas firs are medium-sized to very large trees that have flat, soft leaves with needles resembling those of firs.

As the Douglas fir grows taller, it often loses its lower branches, with foliage only starting a hundred or so feet off the ground. 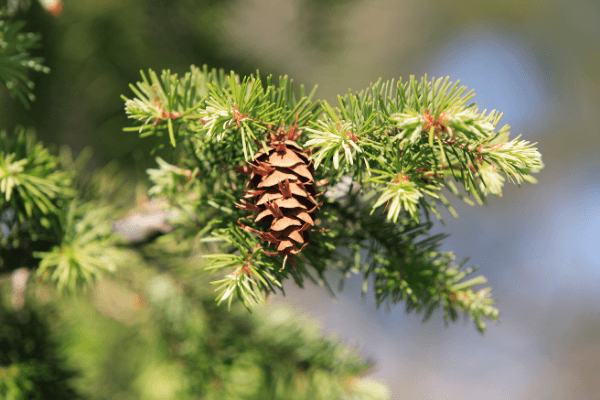 The tree sets deep taproots and is quite the sight to behold. It has a lot of ornamental value so it is frequently used in large gardens and parks.

The trees are commonly found throughout western North America.

Its native range extends from central British Columbia along the Pacific Coast into central California. It can also be found in the Rocky Mountains.

Named after Scottish botanist David Douglas the trees are commonly called Doug-fir. The name of course is misleading, since Douglas fir is not a real fir.

Douglas fir yields more timber than any other tree in North America.

Plywood, lumber, railroad ties, flooring, fence posts and even furniture are common uses for the wood.

In an old growth forest, Douglas fir can be 500 years old and grow over 200 feet tall!

In addition to being used for firewood, Douglas fir is often used for flooring, lumber, railroad ties, plywood, fence posts, and even some types of furniture.

It is often used for Christmas trees, too, particularly since it’s less expensive than other options.

Overall, I think most people are moderately impressed when burning Doug-fir.

Since some trees growing out in the open often have several branches, removing all the branches prior to processing the wood can be time and labor intensive.

However, if you're lucky enough to find the trees going inside a dense forest they often have straight trunks with only a small section of branches and needles at the top resulting in perfect firewood.

It has a straight-grained composition and also tends to be free from knots.

You won’t have to exert a ton of effort in order to get the firewood broken down into kindling-size pieces.

It can, however, be prone to splintering, so wear gloves when handling it.

If you cut down a live Doug-fir you should let the wood season for about 1 year before you burn it.

However, if you cut dead standing trees you can usually burn the wood within about 6-8 months without any trouble.

It is not super heavy when it’s green so feel free to split it and stack it so that it has plenty of airflow to dry.

Although the wood can create a lot of smoke, it has decent coaling qualities and it starts pretty easy.

Some people complain about the smell when burning Douglas fir. Personally, I don't have a problem with it.

It can occasionally smell like pine when it’s burned, which is certainly not a bad smell but can lead to a pine-like aftertaste on your food if you use Douglas fir for cooking.

Although it splits really easily and can be used as kindling, other wood such as cedar or pine actually light a little bit easier than Doug-fir making them a better kindling choice.

When used as firewood though, it burns for a long time with hot coals and very few sparks. 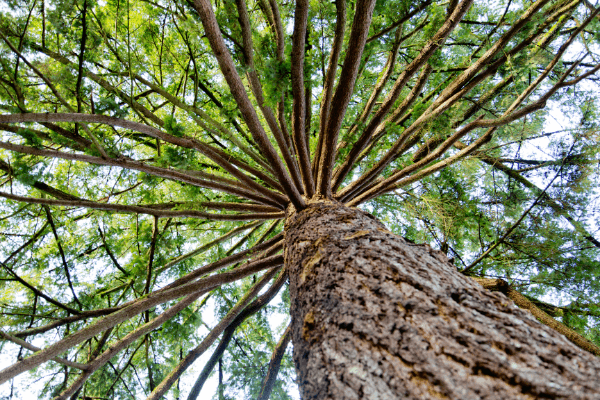 While it doesn't have the highest BTUs out of all firewood options (for example white oak produces 25.7 million BTUs and hickory produces 27.7 million BTUs), it is still far superior to other softwoods.

It is a high-density softwood so it will burn slower and put out more heat over a longer period of time.

You do have to watch out for creosote build-up.

This can, fortunately, be easily prevented.

Make sure you are using only well-seasoned firewood and clean your chimney once a year.

Only put in small amounts at a time, or mix your Douglas fir with other types of firewood. That way, you don’t have to worry about an over-hot fire with pockets of sap that crackle and pop.

The advantage to using Douglas fir, however, is that the wood is not sappy.

You don’t have to worry about getting pitch or sap all over your clothes and chainsaw like you might if you were working with pine firewood.

For many people, this is a huge advantage in itself, but it also means that the wood is less likely to snapple and crack as you’re burning it.

Overall Douglas fir firewood is a great all around, user friendly firewood choice.

A tree that produces decent heat, splits easy with only moderate sparks makes this a popular choice for many people.