There was a time when Vermont Wood Burning Stoves seemed like they were taking over the market.

New style and utility were being found in these new stoves, and it was a great improvement over what had been commonly available.

The idea for Vermont Castings Wood Stoves was developed in 1975 to fill a need in the market for an efficient and functional heating source that utilized a reliable energy source.

1970s America was wrestling with its dependence on foreign energy sources culminating in the OPEC oil embargo.

Many  people were looking for reliable and affordable ways to bring energy security into an unstable situation.

This coupled with the lack of quality, efficient units on the market lead to a perfect storm for the development of a winning design being accepted by the masses.

Prior to the Vermont Castings Defiant, one of the premier and well loved wood stoves was the Glenwood, a beautiful piece of art in cast metal.

However, functionally the stove was little more than a box with a vent.

Anyone who has used one of these knows they are not efficient and much of the coals will go out in the ashes wasting potential heat.

A dangerous and scary trait that no modern stove even comes close to.

From there stove quality went mostly downhill with other stoves available on the domestic market for much of the 1900s being little more than inefficient metal boxes.

The market was ready for a change, and so was Duncan Syme the designer of the Defiant, who had enough of his own cold nights from wood stove troubles.

So in 1975 Duncan created a revolutionary product that invigorated the wood stove market and made Vermont Wood Burning Stoves world famous.

He teamed up with his brother-in-law Murray Howell to form the Vermont Castings Company.

The Defiant brought back the idea that a stove can be functional as well as added to the architecture of any building.

This was a stove that burned hot and provided consistent heat, could be fed from the top or opened in the front to bring the joy of fire watching to a segment of the market that had become accustomed to missing out on the brilliance of firelight.

Vermont Castings originally sold direct but quickly realized that the support of a product in the market was more than they could personally manage, so they started developing a dealer network to help them manage all aspects of support for their customers. 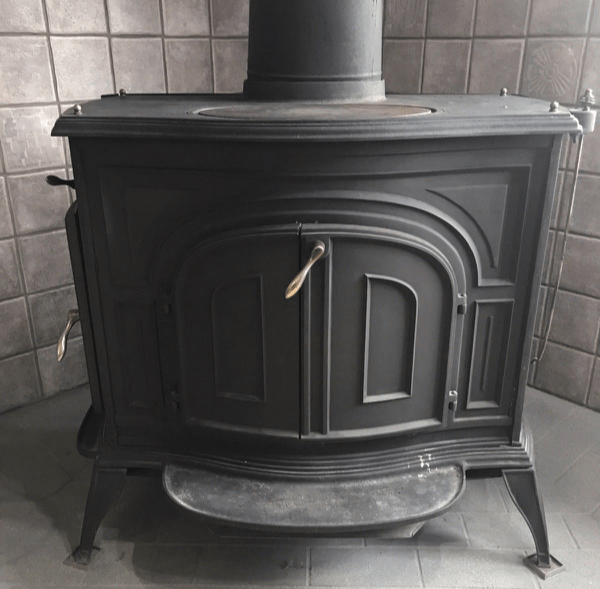 The sales volume on their stoves were so high that new dealers were alright with accepting lower profit margins than they had with older stoves to be able to offer the new stove.

Soon the large Defiant was everywhere, even in places better suited for a smaller stove because it had become the stove to have.

Popularity often results in greater scrutiny though and even though it was efficient for its time it had ushered in a new era.

As the technology improved the EPA came in and passed requirements on particulate emission.

It was time to move into a cleaner era and time for wood stoves to clean up their act of staining the winter air and valleys all over the US.

First Vermont Castings offered catalytic retrofitting kits for their stoves which were supposed to help them meet the new requirements set out by the EPA, but the "must have" stove that had created the market, needed a change of its own.

Its once enormous market share had been dwindling, and though there is some dispute as to why, one thing was clear....they needed new models to compete with the now numerous foreign and domestic competitors. 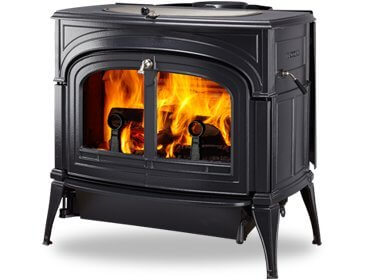 They also needed to diversify.

With new models including the Encore and Acclaim they fulfilled the need for a model to fit most applications.

Because so many Defiants were sold in those early years it is not uncommon to see them and other Vermont Castings wood stoves available on the used market.

While these stoves undoubtedly bring back memories (and some buyers may be encouraged for this reason) as a general rule buying an old wood stove does not make a lot of sense.

While parts are generally still be available, it makes far less sense when you look into efficiency.

Over time, even if you cut your own wood these stoves will cost you more time, energy and money than a newer stove.

After all, even if you think your time is free, your equipment is not.

Besides, the traditional Vermont Wood Burning Stoves style can still be found in the new products from Vermont Castings.

You can even still buy the newest version of the top loading Defiant.

Style will always be a consideration, but as we move forward in a world where greater efficiency is increasingly important, change will always be demanded to meet improving standards.

The history of Vermont Castings has shown that improved technology and innovation are not exclusive to changing esthetics.

This can make buying a wood stove difficult, because you cannot take current designs at face value.

To truly understand what they offer and what is best for your application takes some study.

It is a purchase that ranks closely behind our choice of home.

There are few things we can live with as long or that can effect our daily life so much as our interactions with our wood stoves.

So take your time and choose a wood stove that's best for you....which might just be the popular Defiant model.

After all, there is a reason why Vermont Wood Burning Stoves were what people thought of when they were thinking about wood heat.