They're clean burning, leave no residue and can be lit with a single match.

Super Cedars are well known throughout the wood burning industry and many homeowners consider them one of the best commercial fire starters available.

Since I'm a pretty frugal person I usually just make my own fire starters.

However, with so many positive reviews I really wanted to give Super Cedars a try. 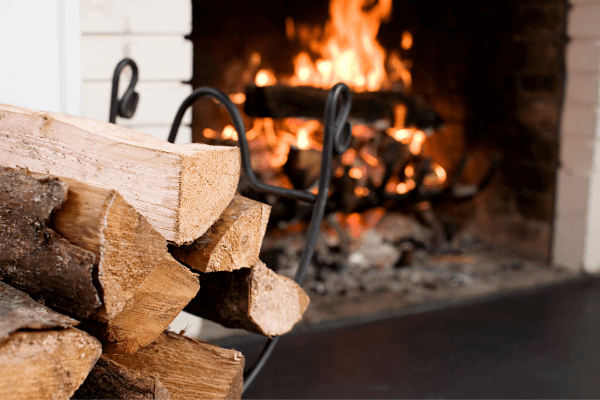 I contacted Northwestern Fuels (the company who produces the fire starters) and they were kind enough to send me a few samples for review.

The product arrived quickly, accurately and their customer service was great.

Super Cedars can be purchased online or in many local retail stores and they're available in a variety of different packaging sizes to fit your individual needs.

They're individually wrapped with a thin heat shrink wrapping material that keeps the cedar shavings contained and mess free.

To use the fire starter simply unwrap it and you're ready to go. 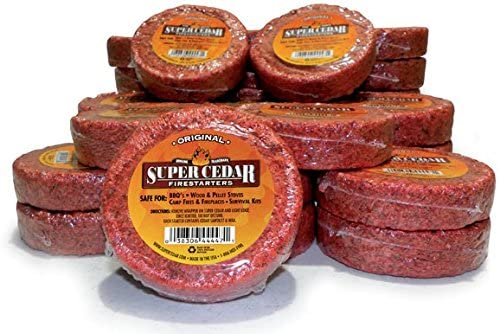 Once unwrapped the Super Cedar has a very pleasant cedar aroma which smells great.

Although the disk can be broken into 4 equal parts, I decided to test a full disk.

I placed the disk outside in an open fire pit on a cold December day.

The disks are very easy to light.

Although I used a mechanical match to light the disk below, lighting a disk with a single match is simple, especially when compared to Fatwood which can take up to 3 matches to light.

I lit both sides of the fire starter and within seconds a nice flame was created. 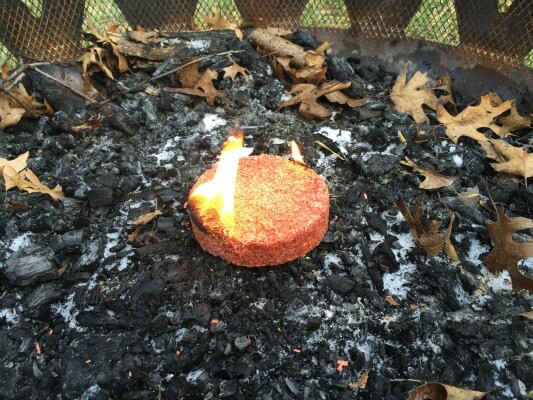 The picture below shows the Super Cedar Firestarter burning for 2 minutes.

The flame was tall, dense and produced a lot of heat. 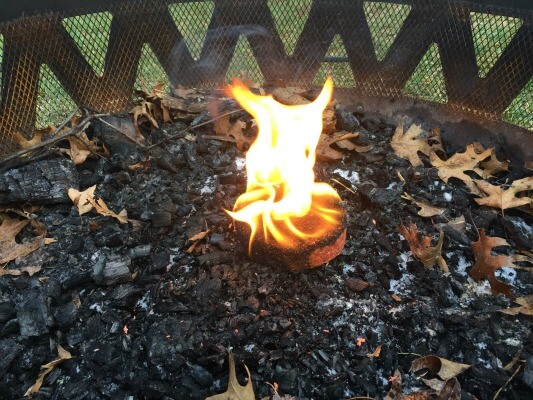 After 5 minutes of burning the fire continued to increase and burn very hot creating more than enough heat to light the average fire.

There was a very limited amount of smoke and it smelled similar to a burning candle. 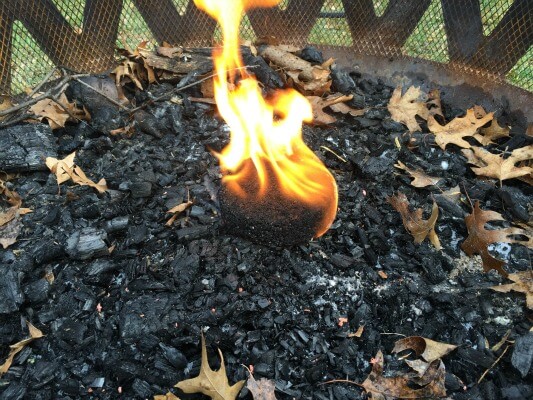 The picture below shows the fire starter after 10 minutes of burn time. 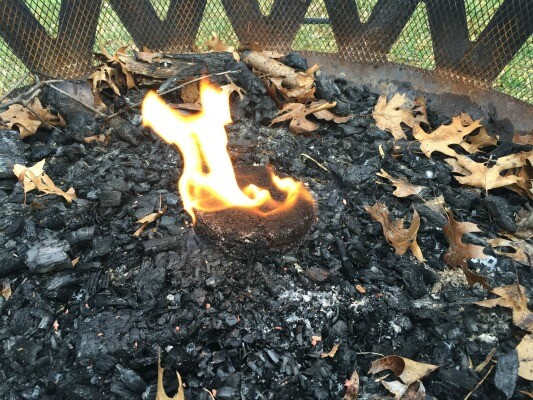 After 15 minutes of burn time the flame started to diminish a little and the fire starter began to slightly break apart around the outer edges.

However, even though the flame slightly decreased, the Super Cedar Firestarter still gave off a lot of heat and would definitely help a fire inside a fireplace, wood stove or fire pit continue to burn. 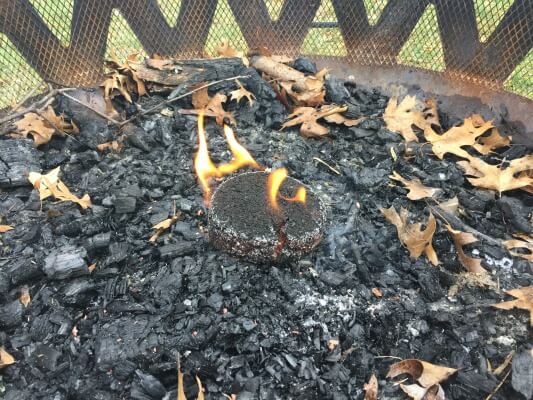 The picture below shows the fire starter after 20 minutes of burn time.

As you can see it's still burning really well. 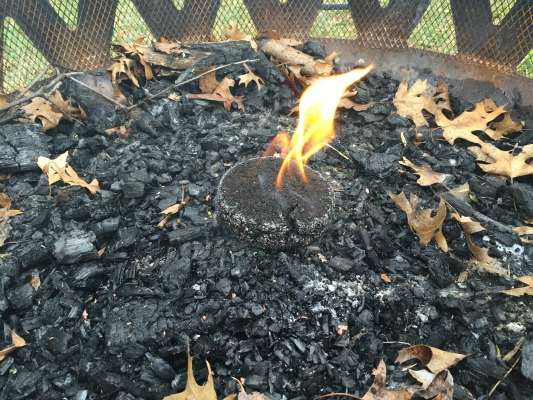 After 25 minutes the fire was starting to dwindle and it was getting smaller by the minute.

The outside edges were burned up, but I could see a lot of unburned fuel in the middle of the fire starter. 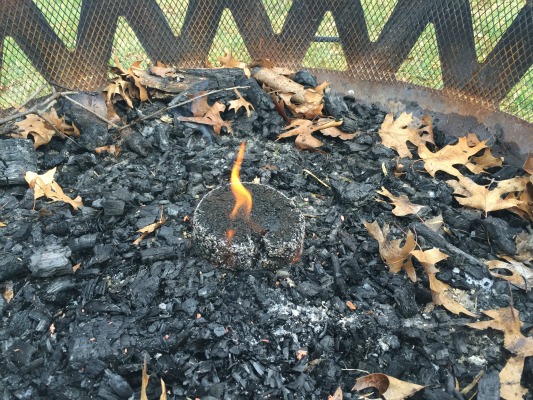 After 30 minutes the fire starter was beginning to produce more smoke than flames and it appeared it was pretty much done burning. 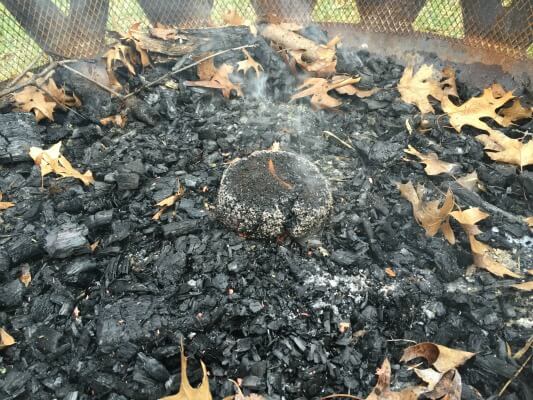 Since I could still see a lot of unburned fuel towards the middle of the fire starter I decided to take a stick and break it apart while it was burning.

Once broken apart the flame intensified and burned much hotter for several more minutes.

Although you wouldn't typically take a stick and break the fire starter apart during a fire, it's not uncommon for wood to shift causing the fire starter to break and expose the inner, unburned portions. 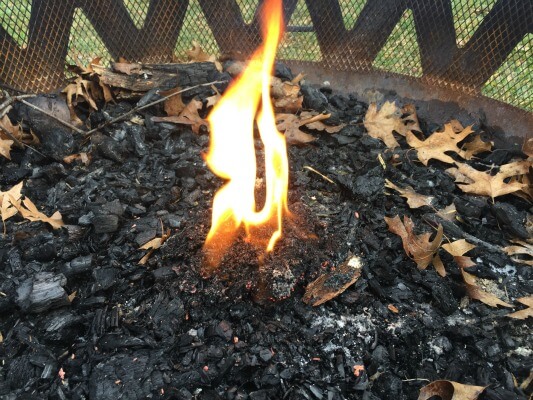 Finally, after 35 minutes of continual outdoor burning the Super Cedar Firestarter was reduced to a pile of ashes. 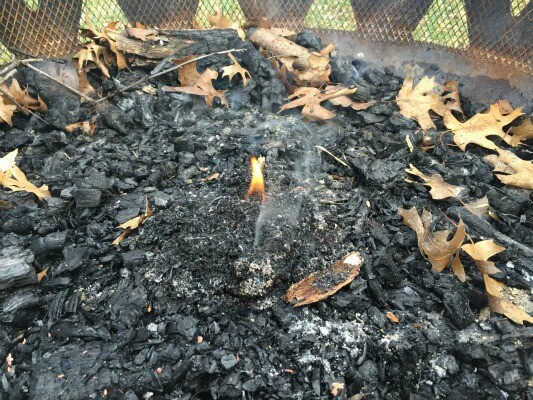 When you unwrap a new Super Cedar, look closely on the top you will see an "X" scored into the surface.

This "X" allows you to easily break the fire starter apart into 4 equal chunks. 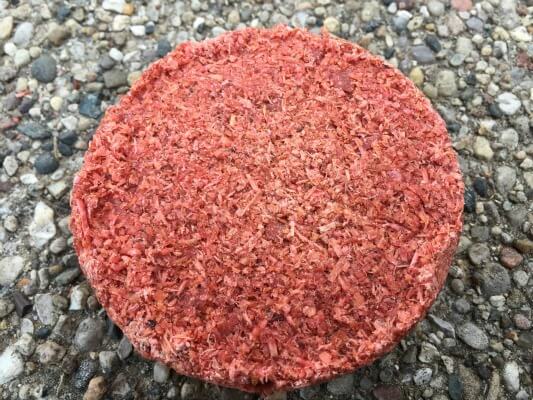 Use a knife, hatchet or other similar device to push on the score lines to easily break the fire starter apart.

You'll notice some small chucks of the Super Cedar break off during this process (as shown in the picture below) but it's not enough to make a mess or alter the performance of the fire starter. 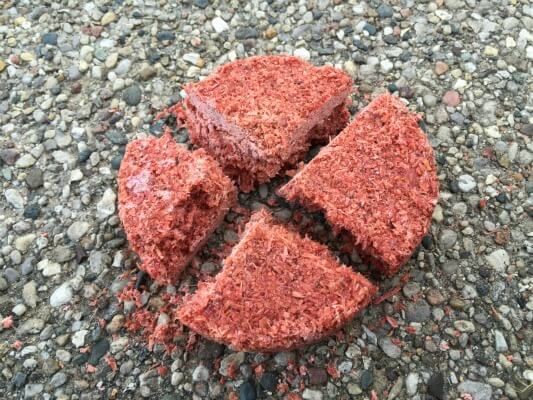 To test the 1/4 chuck of fire starter I quickly picked up a few branches that have been lying around the yard.

Since it was mid December, the wood was pretty wet and had been rained and snowed on several times. 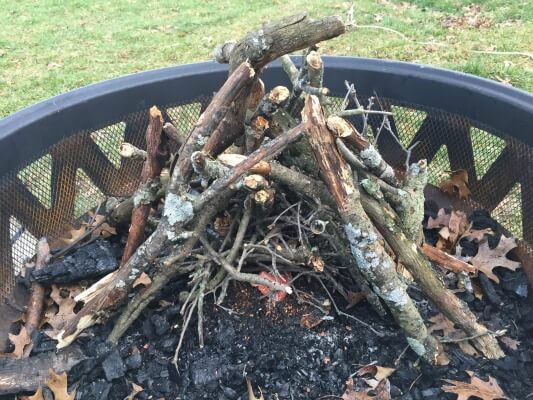 Even though a full Super Cedar is capable of lighting large splits of seasoned firewood, I still prefer to use a decent amount of kindling when lighting any fire.

By using a small amount of kindling and a 1/4 chunk of the fire starter I was able to use a single match to light the Super Cedar and the fire was started. 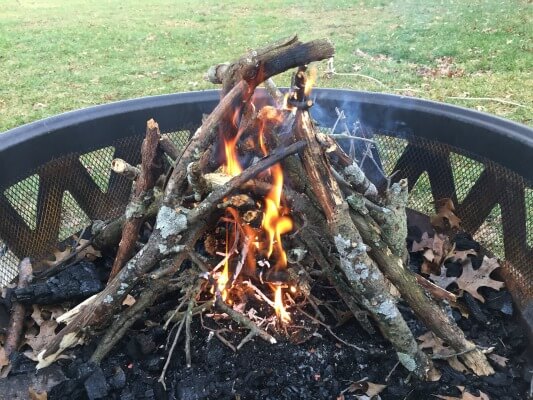 After a few short minutes I had a nice hot fire with a minimal amount of effort.

Overall I was very impressed with the Super Cedar Firestarters.

The packaging was great, they were simple to light and they burned continuously for 35 minutes.

They're affordably priced, especially when you break them into 4 equal parts, and would make a great addition to your fire starting equipment.

Just remember, fire starters a not made to take the place of seasoned firewood.

Although a product like this definitely makes the wood easier to light, you should still use dry seasoned firewood for a safe, clean burning fire.