If you're considering installing a chimney cowl chances are you're experiencing downdraught, back puffing, or a reduced draft in your chimney caused by strong winds.

Although not every chimney needs a cowl, they can be beneficial if you're constantly having issues with smoke filling your living room, kitchen and home.

Under ideal circumstances, the warm gasses generated from a burning fire will carry the smoke up the chimney flue and outside your home.

However, mountainous terrain, windy climates and poor chimney construction can allow strong winds to reverse the updraft in a chimney causing harmful and smelly fumes to fall back down the chimney and into your house.

It's important to understand not every chimney needs a cowl.

In fact, installing some models, like a rotating cowl, on a properly functioning chimney can actually cause the fire to burn too hot and you could damage or over fire the wood burner or fireplace components.

To make sure you buy or install the correct cowl on your chimney, lets look at the different options to see which one suites your needs the best.

Besides reducing chimney downdraft, a cowl can also prevent squirrels, birds or rain from entering your chimney.

Or, if you have a chimney that's no longer in use, a cowl can be used to cap off the chimney while still allowing a little bit of airflow.

The most common and effective cowl to reduce downdraft is a wind directional cowl.

Usually constructed from stainless steel, a good directional cowl will always place itself in the opposite direction of the wind.

This causes the wind to flow around the cowl which actually causes an increase in chimney draft.

Before buying this type of chimney cowl, make sure the cowl is designed to handle the fuel you're burning (such as wood, natural gas or fuel oil) and make sure the base fits your chimney.

They're available in a variety of base sizes so it's pretty easy to find one that will work.

Another type of cowl is called a rotating spinning chimney cowl.

These use the force of the wind to spin a turbine like device, increasing draft.

It basically creates a vacuum in your chimney, sucking fresh air up the flue and expelling it outside your home.

Although a spinning cowl can occasionally be used for multiple fuel types, it's commonly used for ventilation purposes only since it can actually draw too much draft and create over firing in a wood burning device. 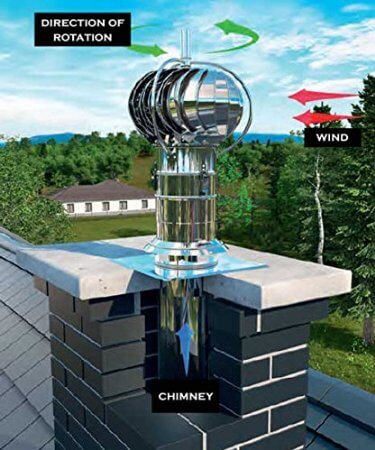 Spinning cowls are usually the most expensive type of cowl you can purchase due to their elaborate design and rotating parts.

Once installed they normally only require a little bit of maintenance.

In some cases, a spinning cowl can be successfully used to increase draft in a chimney where severe downdraught is an issue.

If you're considering installing one of these cowls on a wood burning device, make sure the cowl is designed to handle wood fuel.

If you're experiencing problems with a spinning cowl not functioning properly, chances are there is a buildup of deposits around the moving parts of the cowl.

Many manufactures recommend removing and cleaning the spinning cowl once a year and lubricating all moving parts.

If draft is not an issue for you, certain types of cowls can also be installed to prevent squirrels or birds from entering your chimney flue.

It's actually quite common for a bird to fly into a chimney flue, whether it's by accident or they're looking for a place to nest.

Once inside the chimney they're difficult to remove and if the animal dies inside, you're left with a horrible smell for many weeks. 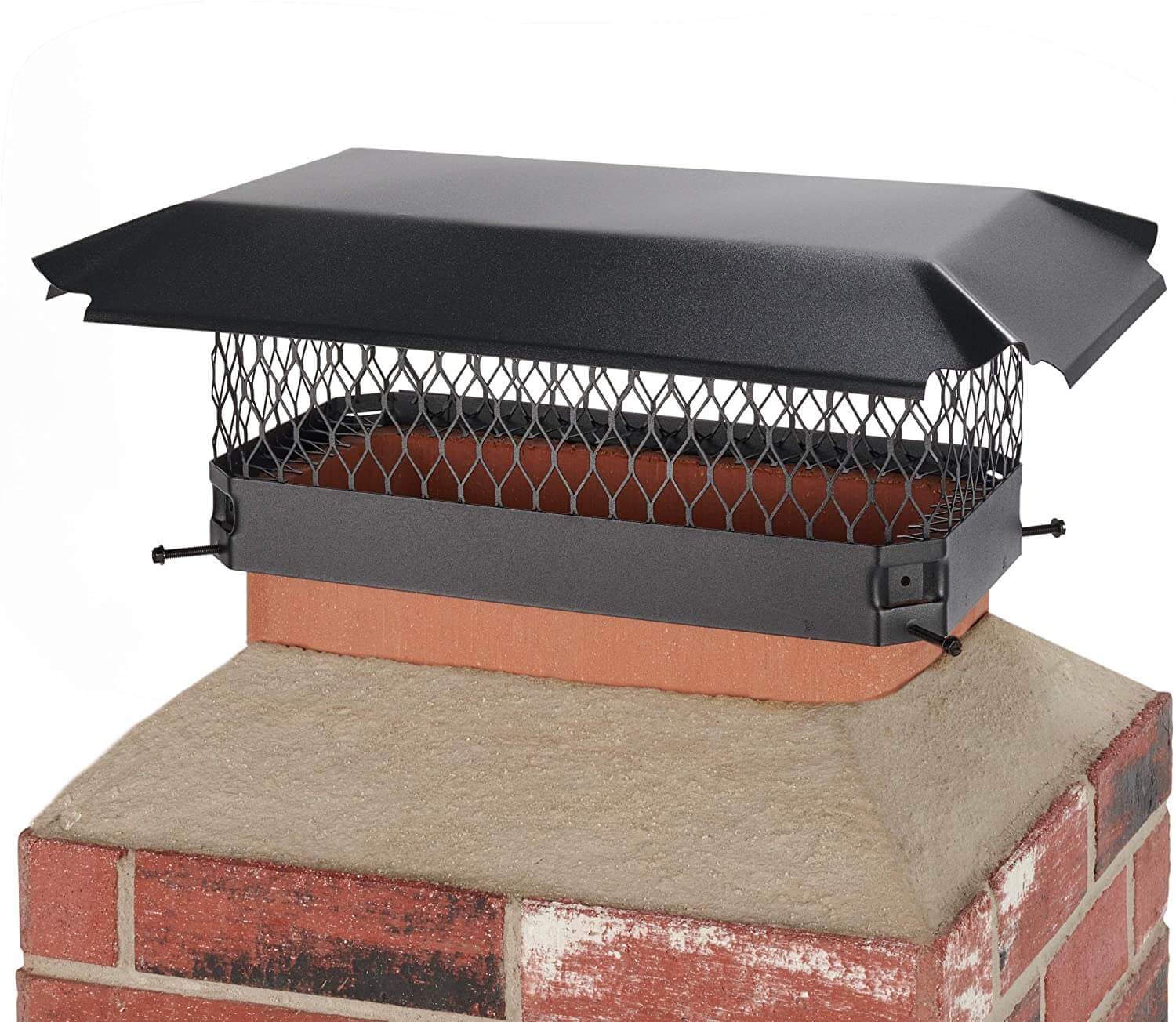 To solve this issue you can purchase a cowl that serves multiple purposes.

The rain cap on top of the cowl prevents water from dripping down into your flue.

Also, the wire mesh on the outside serves as a spark arrester and a device to repel birds and animals.

The device is easy to install, just make sure you purchase a size that properly fits your flue.

It is possible for leaves and other debris to collect along the outside screen which will reduce draft inside your chimney.

To solve this issue, simply remove the cowl and clean it when necessary.

If you're experiencing downdraft or back puffing due to high winds, mountainous terrain or poor chimney construction, try installing a wind directional cowl to solve these issues.

Unless you're specifically looking for increased ventilation, I recommend using a wind directional cowl instead of a rotating spinning cowl.

They're easy to install and work great at solving downdrafts caused by windy environments.