A chimney chase cover plays a vital role in protecting your pre-fab or factory built chimney from rain, snow, animals and debris.

Like a lid on a shoebox, the cover effectively seals off the top portion of your wood, metal or vinyl sided chimney, reducing unnecessary damage.

Unlike a cement chimney crown used on masonry chimneys, a chase cover pan is usually constructed of galvanized sheet metal or stainless steel.

Aluminum and copper covers can also be purchased, however, aluminum is typically too soft and copper is too expensive making galvanized or stainless steel the popular choices.

Chances are if you have an older home your chase cover is made out galvanized steel.

Over time the protective galvanized coating will wear off causing the cover to rust, pit and eventually leak.

As water pools on top of a faulty chase cover it will run down into the chimney damaging it from the inside out.

Typically, an older sheet metal cover will start to rust within 10 years and begin leaking within 20 years.

How To Identify A Leaking Cover

Start by looking for rust stains on the exterior of your chimney.

Since a majority of older chase covers do not have a drip edge on the side, rusty water runs right down the side of your chimney leaving behind noticeable rust marks.

Although some rusted chase covers can be observed from the ground, you'll have to climb on the roof to fully inspect the top of the cover.

First, check to make sure the cover fits properly.

Occasionally covers that are too small or too big are used and they do not effectually seal off the top of your chimney. 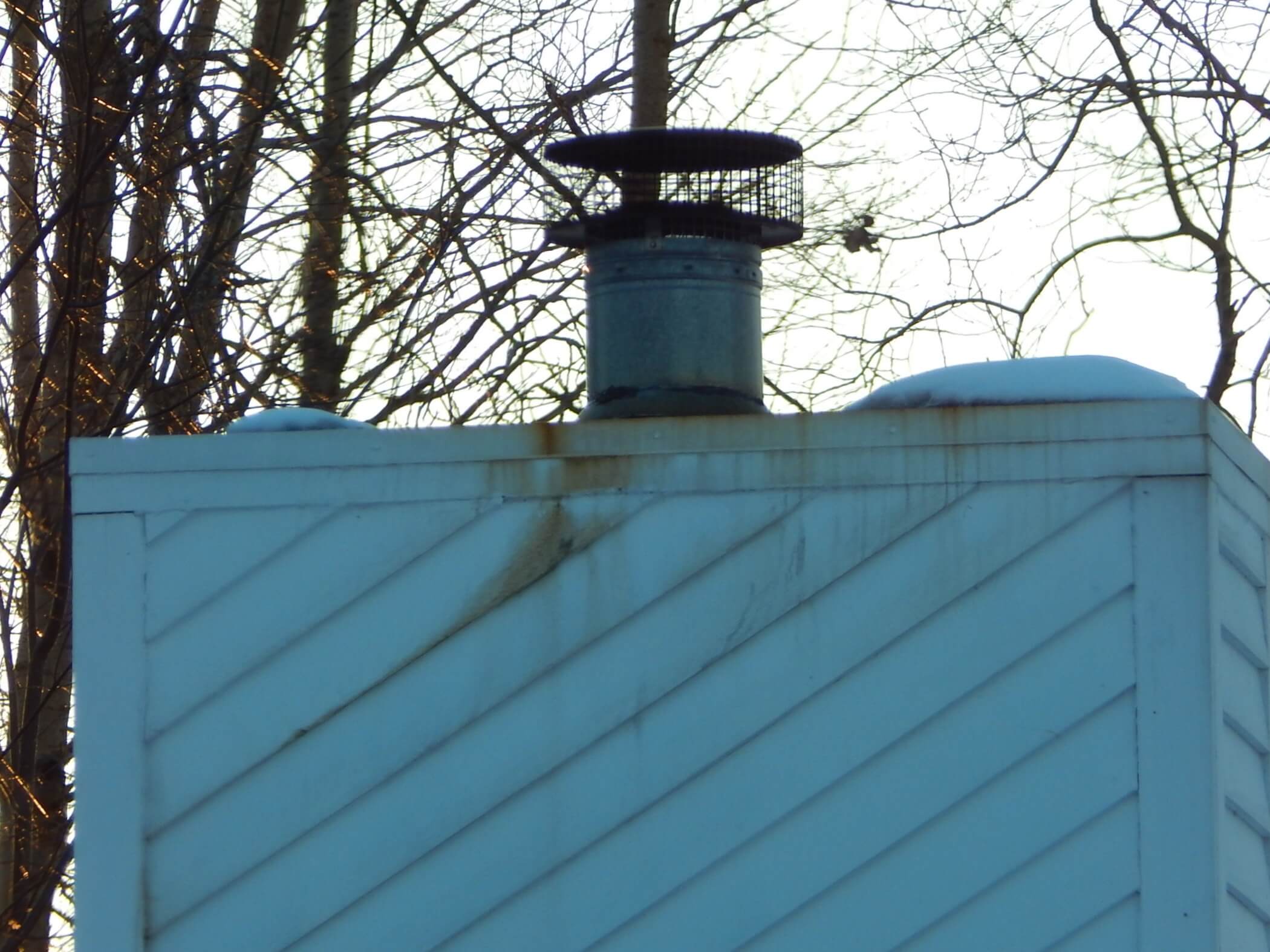 Second, look for any pooling water or rust on top of the cover.

Pooling water indicates the cover is starting to sag allowing the water to rest on top without running off.

Rust or cracks in the metal indicate the cover is damaged and needs to be replaced.

Also check the inside of your firebox or around the area that utilizes the chimney.

Do you see any sign of water?  If you do there's a good possibility the chase cover is leaking.

If your cover is damaged, you should replace it with a stainless steel chase cover.

Stainless steel is the best replacement option because they're the most durable and often have a lifetime guarantee so you'll never have to replace one again.

A stainless steel cover will cost a little more in the beginning, but the benefits are worth the extra money.

Chances are you'll have to specially request a stainless steel cover if you have a company install it for you.

Recently on a new construction home, the company who installed my chimney chase were going to automatically just use galvanized steel. 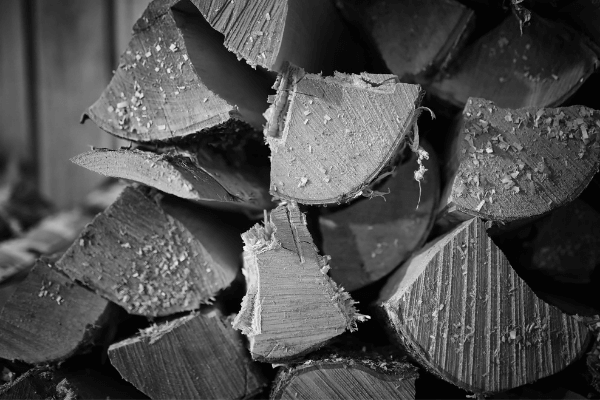 I had to specifically ask for stainless steel.

It was a little bit more money, but now even several years later the chimney chase cover still looks like new.

Also, when installing the chase, use stainless steel screws.

Choose a cover that contains a drip edge on the skirt (the skirt is the 3'' side that fits over the chimney) and the top should have a cross break.

A cross break is a diagonal bend in the top of the cover that adds strength to the cover and also gives it a crown which will shed water away from the flue.

The cross break resembles an "X" stretching from corner to corner on top of the cover. 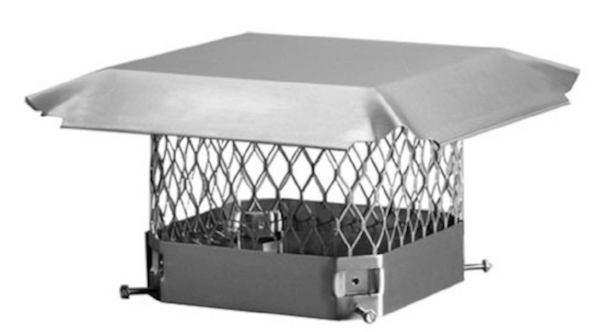 To begin, start by removing the chimney cap.

The chimney cap is usually attached to the flue with 3 or 4 screws.

Take out the screws and pull up on the cap to remove it.

Inspect the chimney cap for damage and replace it if necessary.

The cap prevents animals such as birds, bats and squirrels from entering you chimney and building a nest when it's not in use.

Over time the protective wire can fail causing holes in sides of the cap.

Since you're removing the cap to get to the cover, this is a perfect time to replace it if needed.

Next, you need to remove the old chase cover.

The cover is typically held in place by 2 or 3 nails on each side.  Once the nails are removed you should be able to lift the old cover off.

Now that the cover is off you're ready to install the new stainless steel cover.

Start by placing a bead of silicone around the top of the chimney frame near the outside edge. 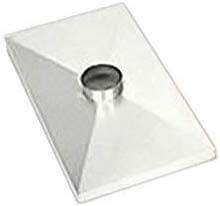 Next, pre-drill  2-3 holes into each side of the skirt on the new cover.

This will prevent water from leaking into the drilled holes.

Now, place the new stainless steel cover on top of the chimney.

Gently press on top of the cover to seat it in the bead of silicone and secure it to the chimney by using stainless steel screws through your pre-drilled holes.

Do not use nails to secure the cover because the nails will eventually rust.

Reinstall the chimney cap and you're done!

Replacing a chimney chase cover is a job that most homeowners can do themselves.

It's a quick and easy job that can add many years to the life of your chimney and prevent costly long term repairs.

Although it requires climbing on your roof, the job is fairly simple and you should be able to replace the chimney chase cover in about 1-2 hours.