If you're lucky enough to live in an area that has easy access to pecan firewood, you're a very lucky person.

Since the pecan tree is in the same family as the hickory tree, the burning characteristics between the two are very similar.

In fact, many would argue that pecan even holds the upper edge because of its smoking qualities and low amounts of leftover ashes.

There are more than 500 types of pecan trees in the world.

However, the kind that you use for firewood will likely be the one found growing in the United States, Carya illinoinensis.

It is a deciduous tree that is primarily cultivated for its seed. 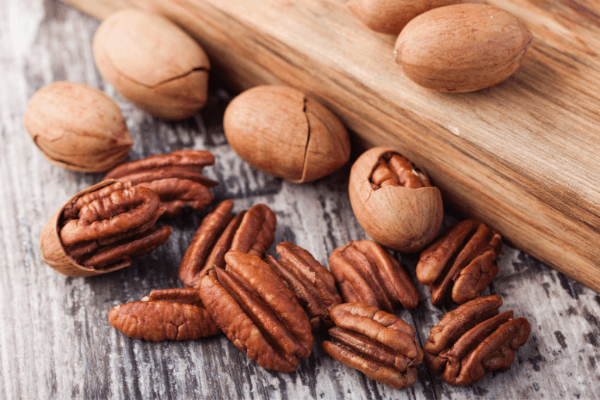 It is cultivated for its nuts - yes, the same kinds of nuts that taste great in your favorite Thanksgiving Day pecan pie.

The average pecan tree will grow to about 70-100 feet tall and they have a moderate growth rate, meaning they will grow around 1-2 feet per year.

Grown in 15 states in the southern United States, the trees are best known for their fruit, the pecan nut, which is sold commercially.

The trees grow in climates that are hot and humid for long periods of time and lumber produced from the tree is prized for making great furniture.

Perhaps the only downfall to the pecan tree is its limited growth range since it's confined to the southern United States, however, there are some varieties that can be successfully grown in northern cooler climates and parts of the upper Midwest.

As a general rule, all nut and fruit bearing trees will make good firewood.

Similar to burning hickory, the wood has great coaling qualities, burns long and hot, and leaves behind only a small amount of fine ashes, which is great for using in a wood stove. 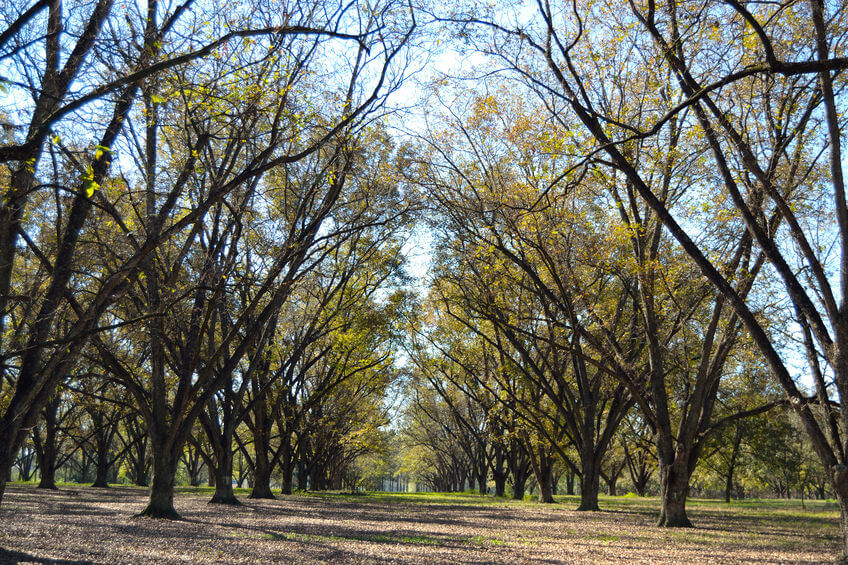 Pecan firewood is likely to be available in areas, of course, where you might find pecan trees being grown, such as Kentucky and Texas.

Orchards are typically one of the best places to find the wood.

After seasonal trimming, many orchard owners are happy to give the wood away so they don't have to deal with all the branches.

Since pecan trees are grown out in the open, they grow pretty wide and can range from around 40-75 feet across.

If you're lucky enough to live near a pecan orchard and you're interested in the wood, just go talk to the orchard....you might be surprised!

It has a mild flavoring similar to almond firewood and not quite as bold as mesquite or hickory.

Unless you live in the south, the easiest way to obtain pecan for cooking is to simply order it online. 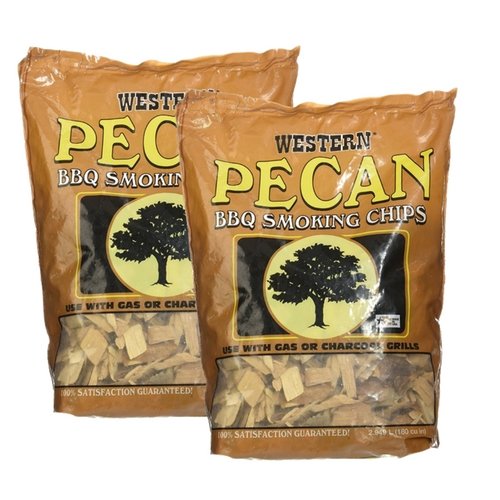 You don't need a lot of the wood for smoking, and it's relatively inexpensive.

When splitting pecan, it really depends on the piece of wood.

Some pieces are not bad, while other pieces can be twisted, knotty and really tuff to split.

I recommend using a hydraulic wood splitter if you have a lot of wood to process.

Let the split wood season for about 1 year and the wood will be ready to burn.

Letting pecan season for 2 years is ideal, but as long as you have it elevated and allow it to dry in the summer sun, a year is typically sufficient.

It is very important that you give your pecan firewood plenty of time to season, as is the case with all other kinds of firewood, but even more so with pecan.

That’s because fresh-cut pecan has a water content of more than 25-50%. 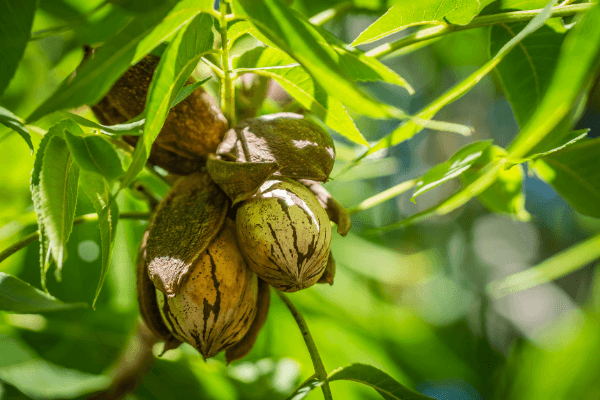 This is much more than other kinds of firewood!

Because of this, it’s important that you season your pecan firewood well.

If not, it will either not burn in your fireplace or it will cause lots of creosote accumulation.

As you know, creosote buildup can lead to fires.

Another benefit of properly seasoning your firewood, in addition to reducing creosote, is that it will offer better, more mellow flames.

Pecan firewood does not produce quite as much heat as popular hardwoods, like oak or walnut.

Because of this, it is often used in fires for aesthetic purposes rather than those that are used to heat a large area.

It does burn for a long time and is great for use in cooking and barbequing.

Pecan has a rating of of around 28 million BTUs per cord, the same as hickory.

It puts off varying levels of smoke depending on how seasoned the wood is before you burned it. 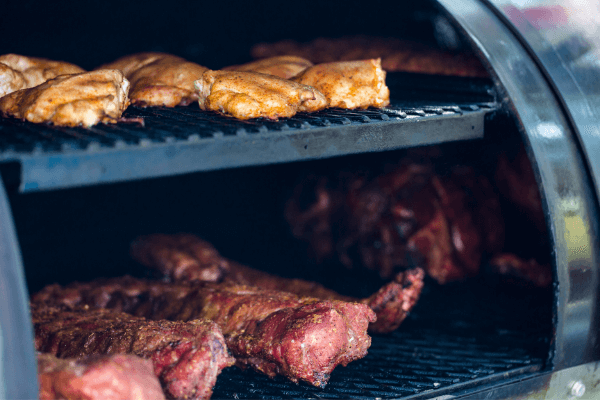 When properly seasoned, pecan firewood is capable of producing a good amount of heat with very little smoke.

However, it burns cleanly with minimal sparks and crackles.

It also has a pleasant odor, smelling just like the pecan nuts you love to eat sprinkled with hints of vanilla.

The fragrance tends to linger long after the fire has been extinguished.

This is part of the reason why pecan is so often used in smokers and backyard grills - it lends itself nicely to a tasty finished product.

It won’t make your meat taste like smoke and it won’t flash, either.

Overall pecan is a great all around wood for burning, smoking and wood working.

The only downside to pecan firewood is that it can be a bit on the expensive side.

Since pecan trees aren’t usually grown for their firewood, instead cultivated for their nuts and for wood for smoking meats (and making wood chips for smokers), pecan firewood will normally cost around $150 to $200, depending on how well the wood has been seasoned.

If you want to save some money, you can purchase unseasoned firewood and store and dry the wood yourself instead.

Price is truly the only downfall to using pecan firewood.

That said, if you live in a region where the wood is plentiful (and perhaps you are lucky enough to have some growing on your own property), it's definitely a great firewood choice!