Although many people have mixed opinions about the tree, most will agree that the firewood it produces is excellent.

The wood is dense, heavy and clean burning once it's dry making it a welcome addition to any woodpile.

However, the tree itself is often misunderstood and even considered a nuisance to some homeowners.

The Bradford Pear is not a typical fruit tree that produces the delicious pear that many people enjoy.

It's actually a cultivated variety of the Callery Pear commonly planted for ornamental purposes. 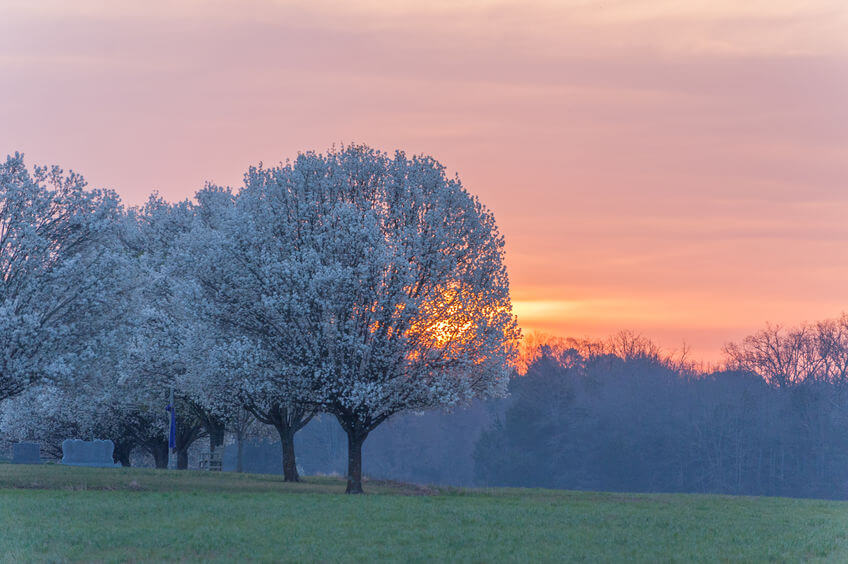 The tree produces tiny, round, hard fruit which are inedible at first until the fruit is frozen where it becomes softer and palatable to some birds.

Originally created to be sterile, the Bradford was thought to be a safe alternative to the invasive Callery Pear tree which is native to China and Vietnam.

However, new reports show this may not be the case and the tree could be spreading at alarming rates.

The Bradford Pear is a deciduous tree known for its rounded, symmetrical shaped canopy with beautiful springtime blooms.

Although the blooms look nice, they smell horrible, almost like rotten seafood.

Outside a local shopping center in my town there were about 6-7 bradford pear trees that ran along the building.

The trees looked great when they were in bloom, but the smell was so strong I eventually avoided walking near them.

The shape of the tree makes it popular along roadways, driveways and around public places like parks and universities. 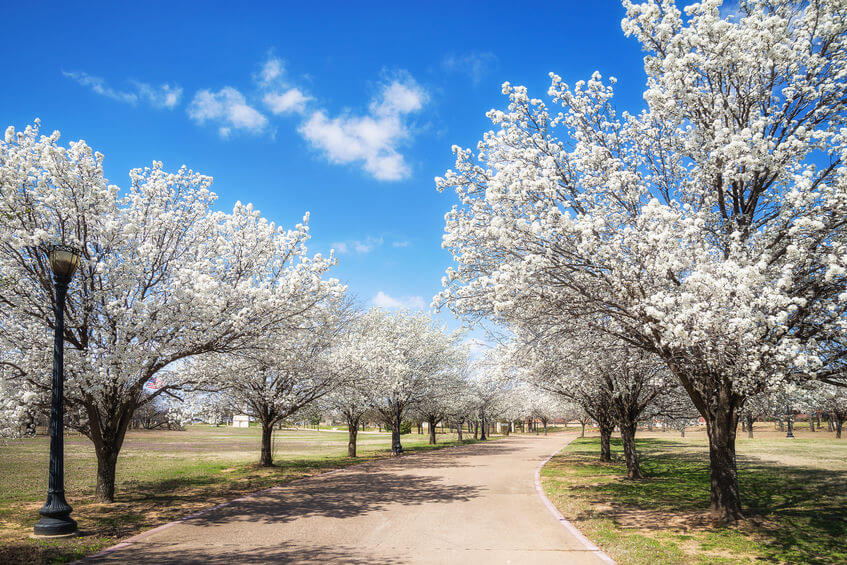 These fast growing trees grow to a height of around 30-40 feet tall but only live for around 25-30 years.

They have unique branches that angle sharply upward from the trunk, giving the tree its rounded ornamental shape.

However, this unique branch structure is not very strong and the branches commonly break off during ice, snow and windstorms.

Since the Bradford Pear has such heavy limbs with weak and narrow branch unions, the slightest weight from snow or ice commonly causes the tree to snap, creating a mess for homeowners to clean up.

To make matters worse, the trees were thought to be sterile but researchers are now learning that when different forms of the trees are planted in close proximity to each other, they can cross-pollinate creating a viable seed.

The seeds are then consumed by birds where they are spread across the landscape.

Although the tree may not be the prefect ornamental tree everyone hoped for, the firewood it creates is actually really good.

The wood is dense, heavy and burns very hot.

It creates a good coal bed similar to oak and many people would agree it burns slightly better than cherry firewood.

Since the trees have a unique branch structure, splitting the wood can be difficult at times due to the increased number of crotches and knots.

You won't find long, straight sections of the tree that are quick and easy to cut.

There's a lot of branches and forks in the tree that are somewhat time consuming compared to other popular firewood choices.

Bradford's are not a typical fruit trees, so the wood is not good for BBQ's or smoking like traditional fruit trees would be.....such as apple or cherry.

The wood will make your food taste bitter, so just use the wood for campfires or home heating.

However, a visitor to our website had this to say about using bradford pear in a smoker:

"Here in central North Carolina I can get almost any kind of great smoker fuel in abundance, and in my reverse-flow smoker, bradford pear is one of my favorites.

It is plentiful, even in cities, so people should try it!

If you're lucky enough to find some free along the roadside or if your neighbor has one blow down and needs to get rid of the wood, I wouldn't pass it up.

However, since the trees are brittle, short lived and no longer sterile, they're no longer a good ornamental choice and you should choose a different option if you're looking to plant trees along your driveway or roadway.